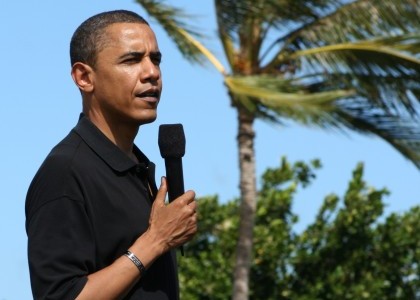 President Obama modified the Affordable Care Act last week, allowing insurers to offer non-compliant individual health plans through 2014. This was the latest in a series of compromises, from the religious exemption to the removal of the public option, made by the Obama administration on its signature achievement both before and after the law was passed. Pundits scream in unison that this latest compromise and the delayed rollout of HealthCare.gov, the federal individual insurance marketplace, spell doom for both the ACA and Obama.

Under the framework of the ACA, individual marketplaces were to run on the principle of federalism — that the states would run their own programs under federal guidelines. However, 36 states opted not to run their own marketplaces, leaving that responsibility to the federal government, and thus we have HealthCare.gov. This amounts to a modern nullification of federal law by the states, which Merriam-Webster defines as, “the action of a state impeding or attempting to prevent the operation and enforcement within its territory of a law of the United States.”

The non-compliant individual plan exemption lasts for one year, and many states are not exempting insurers from the ACA quality requirements because they have already implemented the federal rules in state laws and regulation.

While HealthCare.gov is improving, hundreds of thousands of uninsured citizens have enrolled in plans through the 14 state-run individual marketplaces. In Connecticut, Anne Masterson reduced her monthly premiums from $965 to $313, with an annual premium savings of $8,000. That marketplace has 96.5 percent consumer satisfaction.

Peter Lee, director of state marketplace Covered California, says, “What we are seeing is incredible momentum.” Over 31,000 people enrolled in October, and nearly double that enrolled in the first two weeks of November. The delay in enrollment is mostly due to IT problems, which professionals have smoothed out in most state-run marketplaces.

The state-run exchanges are helping small businesses too. Brad Camp, a business owner from Washington, visited the state exchange after receiving a cancellation notice. He found a new plan with better coverage and will receive tax credits to cover the costs. In Kentucky, business owner Howard Stovall pays half the cost of his employees’ plans. With his new plan from Kynect, the state’s exchange, his employees are saving between five and 40 percent for new plans with better benefits. The business saves over 50 percent as well.

If more states had set up and run their own exchanges, the IT problems faced by Healthcare.gov in the Oct. 1 rollout of the online marketplaces would not have been debilitating.

While the ACA is a major reform, health care spending accounts for 17.9 percent of the U.S. economy, according to the World Health Organization. The private individual insurance market is small in comparison. Most people will never have to use HealthCare.gov because most health care is employer-sponsored, with over 59.5 percent of insured Americans receiving insurance from their job in 2013, according to the Robert Wood Johnson Foundation. The only major change to employer-sponsored plans is the ban on rejecting patients based on preexisting conditions and allowing dependents to stay on their parent’s insurance plan until age 26.

With the knowledge that states run by ideologically anti-government politicians may reject an expansion of Medicaid, the ACA originally mandated that states expand Medicaid or lose all funding for their current Medicaid program. By challenging this in the courts and appealing to the conservative-majority Supreme Court, which found that mandate coercive, 25 states, many of them with the largest uninsured populations, have opted not to expand Medicaid, leaving 5,161,820 uninsured people in a coverage gap.

Meanwhile, Washington opted to expand Medicaid because it will save the state $300 million over the first 18 months and create 10,000 jobs. Kentucky did the same, with the expectation that the expansion could create 17,000 jobs.

When talking about a policy, the most important question to ask is: What outcome do we want to achieve? For health care, it has to be keeping people healthy and making sure that sick people get healthy in safe and cost-effective ways. If it’s maximizing firm profits by providing coverage to as many healthy people as possible, fighting tooth-and-nail on most claims and offering plans with bare-bones coverage, the system will not function well for many consumers.

The ACA attempts to make insurers, hospitals and some consumers pay externalized costs in order to provide better health care for more people at a lower price. If parts of the law do not complete this mission, then Congress should reform them. The fundamental structure of the law will help reduce costs. We have a law and the structure outlined by private market. Parts of the law may be flawed, but it will not be nearly as bad as insurers throwing individuals off of plans, the already sick unable to get any coverage and the only “affordable” plans offering little or no meaningful coverage.

If all 50 states had faithfully executed the core insurance-expanding provisions of the Affordable Care Act by creating a state individual marketplace and expanding Medicaid, health care cost reduction would increase faster than its present rate. But by nullifying these provisions, states have impeded the rightful authority of the federal government to regulate the health insurance marketplace. While the spirit of federalism may be that states make their own decisions, federalism in the 21st century functions as a state-federal partnership. State and federal governments must work closely to best represent the needs of states as well as use the federal public debt to finance public investment.

State and federal governments must act in good faith toward each other for our federalist system to function. The “failure” of the Affordable Care Act will be moot in a few years when compliant states see reductions in health care costs, and as more states that are non-compliant begin to accept reform, reducing costs even more.

That does not forgive the embarrassing nullification of the ACA by many states since 2010. When the voting base of the “party of markets” makes it impossible for that party to accept market-based policy solutions, the party clearly has a major political problem — they just need to stop taking their troubles out on American citizens.