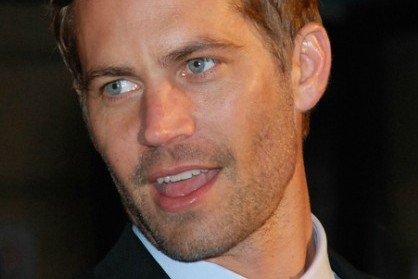 Today in America, it is easy to feel fed up with the level of worship many celebrities receive. Kanye West, although a talented musician, regularly displays his arrogance, comparing himself to Jesus, making racist remarks and, perhaps most notably, voicing his disapproval of Taylor Swift being awarded Best Female Video at the 2009 MTV Music Video Awards. Justin Bieber drives his cars at speeds of over 100 mph and attempts to fight photographers. Kim Kardashian, possibly the worst case, has millions of fans and her own television show, yet she is famous from a sex tape.

Despite their indecencies, all three remain extremely popular in American culture, making millions of dollars and developing a following in which everything they do or say is of the utmost significance. Shortcomings as a human being, apparently, are overlooked when you are adulated as much as these celebrities are by the American people.

At the same time, their arrogance and inflated sense of importance is understandable: when you are a household name, the fame undoubtedly goes to your head.

This past Saturday, Hollywood lost another star. Paul Walker, 40, and his friend, Roger Rodas, 38, were in a car returning from a charity event when the car in which they were riding crashed, killing them both.

On the surface, Walker was your typical Hollywood star. He was the enviable high school quarterback in the 1999 sports drama “Varsity Blues,” the lucky guy dating Jessica Alba in the 2005 film “Into the Blue” and most famously the classic good cop/bad cop Brian O’Conner in five of the six “Fast and Furious” films.

Walker had it all: the looks, the millions, the fans but he never had the ego. Since his death, numerous fans who had the privilege of meeting Walker have reached out, saying how, unlike many celebrities, he was incredibly humble and always willing to take a picture or sign an autograph.

An article posted on Yahoo! recalls a time when Walker, browsing in a jewelry store beside an engaged couple, anonymously paid for the ring they wanted after they determined it was out of their price range. As a further example of Walker’s kindness, on Saturday, when the car in which he was riding crashed, Walker was returning from a charity event for victims of Typhoon Haiyan in the Philippines. The event was sponsored by his own charity organization, Reach Out Worldwide.

In the wake of Walker’s death, millions of fans have reached out on Facebook and Twitter to express their condolences. All responses, however, have not been positive. Many people have voiced their outrage at such a reaction to Walker’s death, claiming that the deaths of celebrities should not be considered any more or less tragic those of any average man or woman. They argue his death was no more tragic than that of Rodas, who perished in the crash with him. Celebrities especially should not receive more recognition than soldiers who die fighting for our country.

Such logic, however, is misplaced. Honoring Walker through tweets and Facebook posts is not demonstrative of a lack of appreciation for men and women of the armed forces or an absence of sympathy for Rodas and his family. It is simply a reaction to a tragedy, the loss of a man who touched many lives, whether through his charity, his movies or his meeting with a fan. Walker may not be deserving of any more honor than any other person, but given Hollywood’s large influence on the American people, such a reaction to his passing is expected.

With that being said, in an era when so many celebrities are conceited, reckless and self-important, the humility of Paul Walker is remarkable. He didn’t believe he was better than anybody else. He didn’t believe his talents were his gift to the world. Instead, Walker used his fame and fortune to make the world a better place, never asking for anything in return. He was a man who achieved great things, but never let his success go to his head, and for that he should be honored: not as a movie star but as an admirable and exemplary human being.

He will be sorely missed.