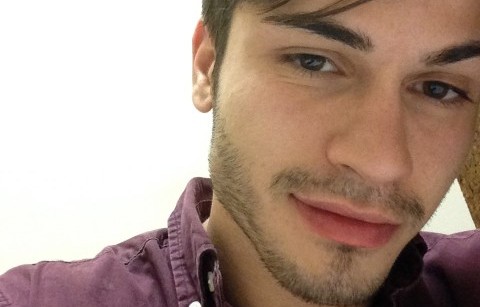 Vyacheslav “Slav” Yanyuk had an old car, a pet iguana and a dream. He wanted to become a neurosurgeon and travel around the world with his girlfriend, finding cures and saving lives.

On Dec. 11, Yanyuk, a senior at the University of Massachusetts, was found dead in his car in his hometown of Chicopee.

According to his mother, Yanyuk went to his car at about 2:20 a.m. and was then discovered unresponsive 15 minutes later. He was then taken to Baystate Medical Center, where he was pronounced dead. Yanyuk’s mother said that a blood clot had stopped his heart.

Yanyuk commuted from Chicopee to UMass, where he studied microbiology, biology and philosophy, planning to enter medical school. He worked as an EMT in Springfield and as a volunteer firefighter at UMass. He also volunteered in the emergency room at Baystate Medical Center and donated blood and platelets to people who needed them.

Yanyuk, one of six siblings that aged from 17 to 24 in a Ukrainian family that had settled in Chicopee, is survived by his parents, Alla Yanyuk and Aleksandr Yanyuk, and his five siblings and their spouses; Eduard Yanyuk and his wife Anastasia Yanyuk, Sergey Yanyuk, Tatyana Yanyuk Cherenov, Jennifer Yanyuk Martynyuk and her husband Artem Martynyuk and Ines Yanyuk.
Yanyuk is remembered by his friends and family as a driven individual who also sacrificed for others.

A week before Yanyuk died, he called his girlfriend, Sandra Rumyantsev, a student at Massachusetts College of Pharmacy and Health Sciences in Boston.

“Can I please see you?” he asked her.

“We have finals!” she replied.

“I wanted him to study. He sacrificed so much time for me,” she said.

Rumyantsev, 21, had met Yanyuk at a church youth group program when she was 16, and the two quickly became friends.

“He was the best person in this world,” she said. “He did everything for me.”

When Yanyuk came to Rumyantsev’s apartment he would take out the trash and help her clean her room when she was studying. She said that he was “really tidy… the cleanest person.” When he bought her flowers, he would always buy two bouquets, one from a neighbor who sold them down the street and one from a florist.

“He was really selfless,” Rumyantsev said.

For their one-year anniversary, Yanyuk took Rumyantsev to Newport, R.I., for a day. He surprised her with a motor scooter ride, a helicopter ride and a gift of bangles from Alex and Ani, one of her favorite stores.

“He had a huge grin on his face,” she said when the store clerk revealed the gift.

Yanyuk had also scheduled a sailboat ride, but rain kept them onshore, so they rescheduled.

“Everything we did was like out of a storybook,” Rumyantsev said.

Yanyuk was also generous to his family. When his younger sister Jennifer had her heart set on a trip to Mexico and needed funds, he helped her out. He worked at a restaurant as a teenager and enjoyed saving his money to buy Christmas gifts for his siblings, parents and grandparents.

“He didn’t think about himself,” Yanyuk’s mother said. “He just helped other people.”

As a child, Yanyuk’s mother read stories from the Bible and took her children to church, encouraging them to follow Jesus Christ by helping those in need.

“Don’t think about money, or just to be famous, because that is not what God wants from us,” she told them.

She said that the Bible inspired him most of all, and that he underlined many lines in his own Bible.

Joseph Homsi, one of Yanyuk’s friends from microbiology class at UMass, used to discuss religion with him over coffee in the UMass Campus Center. Despite Yanyuk’s more traditional views, both agreed that science and religion went hand-in-hand, and they were excited about pursuing medical careers.

Homsi met Yanyuk when they arrived 45 minutes early to a meeting related to their major. They started talking and remained good friends.

The two had dreams of taking classes together in medical school. Yanyuk was going to take a year off to get his Medical College Admission Test (MCAT) scores up. He wanted to get his masters in biology, and was passionate about becoming the person that he wanted to be.

Erin Amato, another one of his friends from microbiology class, said that Yanyuk was very knowledgeable and that he would have been a brilliant neurosurgeon. Many of his peers believed he could have been a successful model.

‘You look like Edward Cullen,’ people would tell him. ‘Why don’t you be a model?’

But Yanyuk was modest and already very busy between school and his various activities. Some believe that he may have sacrificed too much.

Yanyuk didn’t get much sleep, and sometimes he would go a whole day without eating. On the weekends he volunteered as a firefighter and went to church, and during the week he was a perfectionist in his classes.

“I knew Slav for four years. We were supposed to go to medical school together,” he told her.

The two hugged, and Homsi discovered that Yanyuk’s mother already knew him from Yanyuk’s stories.

“It was just like I was hugging Slav goodbye,” he said.

After Yanyuk died, Homsi bought one of Yanyuk’s favorite books, “Tuesdays with Morrie,” and plans to read it soon. He keeps a picture of Yanyuk on his mirror.

“He was one of us and even better,” Homsi said.

Mary Reines can be reached at [email protected]