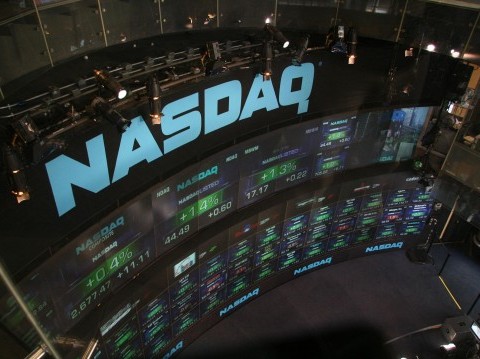 As 2013 came to a close, the public conversation came to the conclusion that the U.S. economy is recovering swiftly and that 2014 will be a great year for growth. Much of this hype, however, came from the year-end realization that American stocks were up almost 30 percent. Yes, the NASDAQ, Dow Jones Industrial Average (DJIA), S&P 500 and other major markets increased in value by nearly 30 percent. The DJIA hit a record high 52 times in 2013, and the NASDAQ returned to levels not seen since before the dot-com failures of the early 2000s.

American Public Media, at 6:30 p.m. on weekday evenings, airs a radio program called Marketplace. About 15 minutes in, the show’s host Kai Ryssdal “does the numbers,” or recounts the stock market gains and losses of the day. On a recent show, a specific quote caught my ear; Ryssdal said, “Ford is up 2 percent on report of a higher dividend.”

The stock of Ford Motor Company gained 2 percent, not because they had announced long-run profitability, such as a new car model or a renegotiated labor contract, but because they increased the dividend to stockholders.

The stock market is not an accurate indicator of the health of the U.S. economy. It reflects short-run conditions that help the short-term profits of indexed corporations. Nevertheless, both on Wall Street and in Washington, investors and policymakers continue to make choices to boost short-run profits, which hurt future profits, growth and the health of the labor market.

Real wages have been stagnant or falling since the early 1980s, when neoliberal deregulation gutted unions and the collective bargaining power that ensured workers a fair piece of the corporate profit pie. However, critics of proposals to increase the minimum wage state that the higher wage would cut into corporate profits, forcing companies to lay off workers. That is fundamentally short-run thinking, which ignores the fact that corporate profits are at an all-time high (indicated by the equally stratospheric stock market).

In a consumer economy, the wages paid to workers are the most important component in determining economic growth. More than 70 percent of U.S. GDP is consumption-based, and with real wages stagnating or declining, fewer consumers have the income to perpetuate the level of consumption necessary for strong GDP growth.

An increase in the minimum wage would bring people out of poverty, and boost income for all low-wage workers, according to a study by University of Massachusetts Amherst economics professor Arindrajit Dube. A 39 percent increase in the federal minimum wage (from $7.25 to $10.10 per hour) would reduce the poverty rate by 1.7 percent or 4.6 million people immediately, and, in the long-run, the total decrease would be 2.5 percent or 6.8 million people. Dube notes that this increase would reverse less than half of the increase in poverty caused by the recession.

While Congress is unable to pass long-term policies that help American workers, it is also unable to pass short-term policies that do the same. More than 1.3 million American workers lost long-term unemployment benefits on December 28, with 72,000 more losing benefits each week. According to the National Employment Law Project, the total long-term unemployed without benefits will be 3 million if Congress fails to act by mid-year.

Again, this is the latest in a string of failures to address long-term economic security of workers. Since 2009, 95 percent of the income growth in the U.S. has gone to the 1 percent while millions of workers sit in long-term unemployment. The incredulity of accepting billions of dollars in new income without providing job security and unemployment benefits to millions of workers is astonishing. It shows that Congressional fear of corporate retribution places short-term profits above long-term employment and broad income growth.

Commerce Secretary Penny Pritzker has used the phrase “(moving) at the pace of business” in recent comments about ways the federal government and private business can work together to create jobs and increase growth. The glacial response of Congress to major policy issues reinforces the focus on short-run political gains and reduces debate on how to best solve long-run issues facing our country.

“Moving at the pace of business” may help Congress address policy issues, but it would also put the government in the dangerous position of making decisions too quickly and without regard for potential consequences. Clearly, the pace of obstructed government is too slow and puts the long-run economic security of American workers at risk, but the pace of business prioritizes short-run profits over long-run economic security as well.

Finding a balance between the private profiteering and bureaucratic malaise has always been a challenge for the federal government. With the global economic engine innovating and growing faster than ever, it is essential that the U.S. government move faster. But this same economic engine (whose growth is heralded as an end to global poverty by the neoliberal intelligentsia) can destroy jobs, industries and the environments of whole countries.

The long-run economic security of U.S. workers is the sole responsibility of elected officials. The stock market has the short-run covered.

Zac Bears is a Collegian columnist and can be reached at [email protected] and followed on Twitter @zac_bears.