UMass sees a decrease in off-campus incidents and repeat offenders 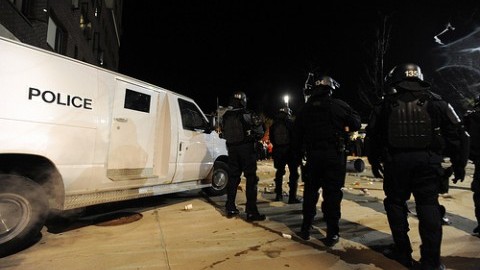 The number of off-campus incidents at the University of Massachusetts declined over the last year, down 41 overall incidents from fall 2012, according to a UMass press release.

According to Associate Editor for the Office of News and Media Relations Larry Rivais, a combination of programs such as UMatter, the OWL program for students moving off campus and joint police patrols may have been responsible for the decrease in incidents and repeat offenders.

“The effort has been toward community building … collaborating with neighbors,” Rivais said in a phone interview.

Joint police patrols, established in spring 2013 by the UMass and Amherst police departments, have made a noticeable difference in the amount of incidents off campus, according to Amherst Chief of Police Scott Livingstone.

Amherst has 47 police ofﬁcers, while other communities of a similar size have closer to 55 ofﬁcers, so the joint patrols help reduce the student incidents, according to Livingstone

“It’s not a secret. You work together, that’s when good things happen,” Rivais said.

The University has also taken additional steps to educate students about how their behavior can affect their education. The police department now speaks at the freshmen student orientations.

“Education is a big part of what we do,” Livingstone said.

The overall amount of incidents have decreased and so have the number of repeat offenders.

The amount of students involved repeatedly in off-campus incidents has dropped from 18 percent in 2012 to eight percent last semester, according to the release.

According to Livingstone, there is also a correlation between the weather and the number of incidents each weekend . Typically, bad weather means less incidents and crimes, and Livingstone attributes the decline last semester to this.

“Bad weather is a policeman’s best friend,” he said.

“We are very encouraged by the decline in the number of reported incidents in the community,” Interim Vice Chancellor for Student Affairs and Campus Live Enku Gelaye said in the release. “That reﬂects our ongoing eﬀorts to collaborate with town partners and to educate our students about the importance of being good neighbors. Our messaging to students consistently focuses on the value of community as well as the consequences of bad behavior.”