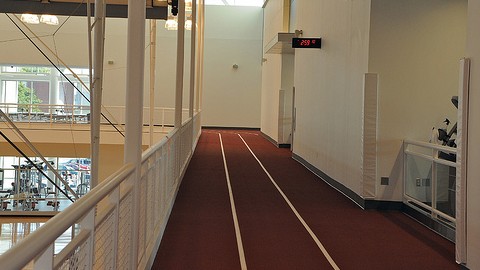 While the majority of the University of Massachusetts student body was enjoying the final days of its winter break, the Massachusetts men’s and women’s indoor track and field team was already back at work.

The month of January offered very little time for rest for both teams, as both the Minutemen and Minutewomen competed in two meets to kick off the indoor season.

The season opened up Jan. 11 at the Yale Invitational and the men’s team showed off some of its depth with quality relay finishes, something that’s been a staple of UMass track in recent years. Head coach Ken O’Brien’s team showed few signs of rust and put together top-eight finishes in each of the three relay events.

On the field side of the action, sophomore Isaiah Fariel posted 21 feet, 0.75 inches in the long jump, good for third place, while Brett Davies placed fourth in the shot put with a throw of 45 feet, 1.75 inches.

Of UMass’ 25 top-eight performances during the first two meets, 14 included freshmen. O’Brien will look to his young group to build off these first two non-scoring performances, gaining as much competition experience as possible as the team moves closer to the Atlantic 10 Conference Championships.

Minutewomen all over leaderboard in first two meets

The Massachusetts women’s track and field team continued its momentum from a tremendous 2013 and started its indoor season strong in the first two meets of the year.

At the Yale Invitational, the Minutewomen showed off their depth with 16 top-eight performances. These performances were highlighted by a first-place finish in the 800-meter run for freshman Heather MacLean in her first collegiate indoor meet (2 minutes, 17.08 seconds). She was named the Atlantic 10 Rookie of the Week for her outstanding performance.

Continuing her dominance from last season, junior Rebecca Stoyle also claimed first place in the triple jump with a jump of 40 feet.

At the Sorlien Invitational the following week, both MacLean and Stoyle repeated their winning performances, MacLean finishing in 2 minutes, 19.66 seconds while Stoyle bested her mark from the week before with a jump of 40 feet, 9.5 inches, both good for first place at the meet. Stoyle also won the long jump with a distance of 18 feet. 0.25 inches.

The UMass women dominated the jumping events in Rhode Island, taking the top four spots in the long jump, four of the five top spots in the triple jump and securing a first place tie in the high jump courtesy of sophomore Katharine Osborne (5 feet, 7 inches).

UMass will be in action again on Jan. 24 as both the men and women will take part in the Northeastern Invitational.