Apple-style capitalism not an economic panacea 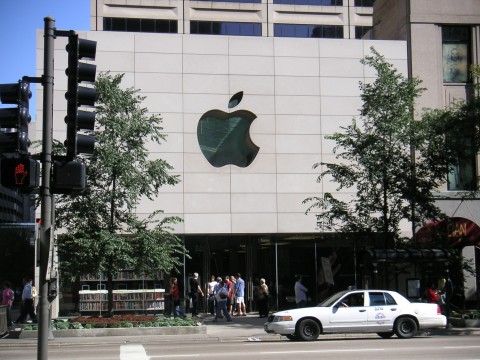 Apple Inc. is the largest publically traded corporation in the world, and its practices are widely scrutinized by its consumers and the media. It employs hundreds of thousands of people both directly and indirectly, yet fewer than 50,000 in the United States. It is the largest American corporation and used to tout the U.S. made products, yet employs few Americans and makes or buys almost every part of its products in foreign countries.

Concern with the company’s record goes straight to the top according to Jared Bernstein, former advisor to the Obama administration; “If it’s the pinnacle of capitalism, we should be worried.” Apple’s success is not a boon to the United States, but solely a boon to itself.

Apple functions within the “system of perfect liberty” described in Adam Smith’s “Wealth of Nations.” Smith’s theories on the division of labor and the wages of workers apply to debates about Apple and the location and use of labor the production of its products.

Apple’s operations exemplify the division of labor. Smith defines division of labor using the example of the pin-maker where “one man draws the wire, a second straights it, a third cuts it, a fourth points it…” and so on and so forth. Modern industry magnifies this enterprise. The iPhone alone has hundreds of parts made in various nations around the world by thousands of people. Then, in one location, thousands of people perform simple tasks to assemble the phone.

Instead of a few men in one building performing different tasks, as Smith describes, modern production of a good can require thousands of people in hundreds of factories scattered across the world.

Smith surmised that the division of labor would mean “universal opulence extends itself to the lowest ranks of the people.”

Lai Xiaodong, a college-educated worker at the factory earned “a salary of around $22 a day.”

With the urbanization of almost half of China’s population, a working class akin to the U.S. circa 1900 is emerging. Workers live in dormitories and work long hours in dangerous conditions, but also create high-tech machinery that is fueling a technological and economic revolution.

External observers are concerned with Apple’s tacit validation of dangerous labor practices, including the conditions of assembly factories in China. Factory accidents have become increasingly common, and many factories have been forcing workers to work excess overtime and, in some cases, seven days a week. Most employees have to work six days a week, creating the supply that impels Apple’s choice of China as a manufacturing center.

Widespread use of mechanized manufacturing without government safety regulation increases the opportunity for injuries and deaths. While Apple does not directly employ the workers, it does validate the practices of the companies with which it contracts.

While Smith advocated against any type of worker organization, he also realized that if there were organizations of the “masters” (corporations), then organizations of labor (unions) were inevitable. Labor organizes to represent workers in the transaction of labor. But Apple’s detachment from the situation has rendered them able to ignore labor interests. Li Mingqi, a manager at Foxconn Technology until April 2011, said “Apple never cared about anything other than increasing product quality and decreasing production cost.”

Even with unsafe conditions, wages are high relative to historical trends, and, according to Smith, when demand for those who live by wages is continually increasing, wages will rise “considerably above [the subsistence] rate.”

Labor demand in China is high, and wages are increasing with that demand, and, as wages increase, labor will have more money to organize and campaign for rights and safety in the work environment. While Apple may be turning the other cheek, someday the working class will be strong enough to campaign for worker’s rights.

According to Martin Schmidt, associate provost at M.I.T., “(American companies) say the challenge in setting up U.S. plants is finding a technical work force.”

In the 1950s, General Motors, then the largest company in the U.S., employed over 400,000 American workers, growing the middle class. Apple indirectly and directly employs over 700,000 workers, but only 43,000 live and work here in the United States.

Apple’s perfection of Smith’s division of labor and use of the rules and institutions of capitalism to maximize profits exemplifies contemporary corporate decision-making. Many tout Apple as a shining example of the efficacy of American capitalism, but the continued ignorance of anti-labor practices, the shrinking of Apple’s U.S. workforce and the offshoring of engineering and research jobs taints the idea that American capitalism is always good for America.