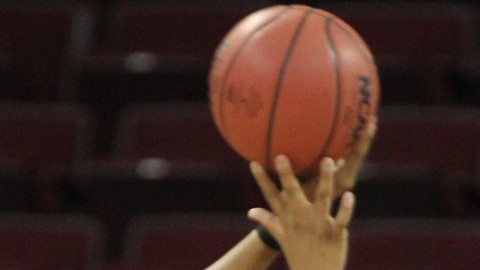 In a contest between the two teams atop the Atlantic 10 standings on Saturday, the Dayton women’s basketball team won 87-77 on the road against Duquesne. The win kept the Flyers in first place in the conference at 8-1 and 15-5 overall.

The loss was the Dukes’ second in a row, after their program-record seven-game winning streak in conference play was snapped by George Washington on Wednesday.

The Flyers came out of the gates hot, connecting on six of their first seven shots. Dayton led 45-37 at the half after shooting 52 percent from the floor.

The Flyers had five players score in double figures led by Andrea Hoover, who finished with a team-high 23 points and six rebounds. The real difference in the game was how Dayton outscored Duquesne in both points in the paint (34-14) and fast break points (21-10).

Wumi Agunbiade led the Dukes (16-8, 8-3 A-10) with a game-high and season-high of 30 points to go with seven rebounds. The loss drops Duquesne from second in the conference to fourth.

The Flyers travel to Rhode Island on Wednesday, while the Dukes travel to St. Bonaventure on Saturday.

Visiting crosstown rival Virginia Commonwealth, Richmond nearly completed the upset, but had a last second shot waved off at the buzzer, falling 63-62.

On the final possession of the game, the Spiders’ Lauren Tolson missed from the left block but Genevieve Okoro grabbed her team-high 18th rebound and put the ball back up for the easy layup. The basket was immediately waved off by officials and confirmed after reviewing video replay.

The Rams (18-6, 6-5 A-10) snapped a five-game losing streak to their intra-city rival as Robyn Parks led them with 21 points and six rebounds, while two other players scored in double figures, including 10 points from Jessica Pellechio off the bench.

After leading 36-26 at halftime, the Rams saw their lead dissolve midway through the second half as the Spiders started to heat up.

Parks pushed the lead to 61-56 after making a layup with three minutes, 30 seconds left and added a free throw almost a minute later. Freshman Isis Thorpe made a jumper to put the Rams up 63-58 with just under two minutes remaining, but Kristina King made identical 17-foot jumpers on Richmond’s next two possessions to bring it within one.

The Rams travel to George Washington on Thursday night, while the Spiders host Fordham on Tuesday.

Fordham moved into third place in the conference standings and improved its record to 12-1 at home with a 67-58 win over George Washington.

The Rams (19-5, 8-3 A-10) had four players score in double figures, led by Abigail Corning, who scored 20 points and added seven rebounds.

Fordham trailed 14-7 with less than 14 minutes left in the half, but ended up knotting the score at 26-26 with two minutes, 42 seconds left. It ended the half on a 5-0 run as Corning hit a 3-pointer and Samantha Clark hit a 15-foot jumper from the baseline.

The Colonials (16-8, 7-4 A-10) never cut the lead to less than five, as Fordham raised its lead to as much as 13 with eight minutes remaining. The Rams capped off their victory with strong free throw shooting as GW tried to extend the game with fouls.

Danni Jackson led the Colonials in both scoring and assists, with 16 and four, respectively.

Fordham travels to Richmond on Tuesday night, while the GW hosts VCU on Thursday.