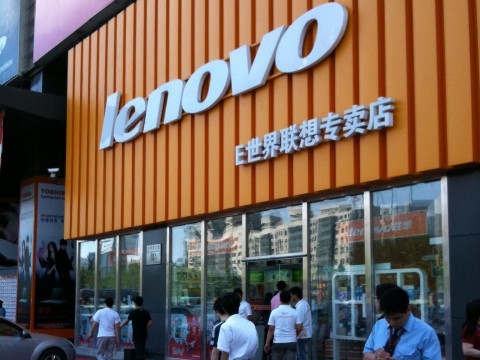 In a surprising move, Google announced last Wednesday that it would be selling Motorola Mobility to Chinese PC manufacturer Lenovo for $2.91 billion. This maneuver was completely unexpected, seeing as the tech and software juggernaut acquired Motorola only two short years ago. When that story broke, it seemed as though the ailing and battered phone company, after a tumbling series of failures and questionable handsets, was being lifted out of the cesspool of mediocrity and taken under the supportive and protective wing of Google, who had up until that point established a considerable reputation for high profile buyouts and incredible turnarounds of well-known brands. However, only a short two years and one staggering investment from Google later, Motorola is in no less of a ruinous state; its two headline feature phones, while well received by critics and tech aficionados, flopped with the average consumer. The failures threw Motorola into a $1 billion free fall, even as Google’s stocks reached record highs last year. If everything else Google touches turns to gold, what went wrong with Motorola? And as Motorola’s new foreign owners move in to claim their prize, what will become of Motorola’s American factories, consumer-friendly branding, and emphasis on home-grown industry?

Contrary to initial assumption, Lenovo’s acquisition of one of Google’s most recognizable brands is not a complete wash for the search giant. Specified in the agreement with Lenovo, Motorola will keep a staggering 24,000 of Motorola’s patents, which range in nature and scope from smartphone components to critical developments in technologies that have become crucial to the entire industry, like Wi-Fi and the GSM network standard. The tech industry as a whole has a long and storied history of lengthy, complex and staggeringly expensive patent wars over the rights to shared technologies, and one of the most obvious forces driving the initial Motorola acquisition was the patent leverage Google would receive. Despite failing to gain much ground in U.S courts with such cases, Motorola provided something that Google needed: an inroad into its own hardware market.

It was through close cooperation with Google that Motorola’s Moto X was born. The phone seemed the perfect storm to many industry analysts; never before had a hardware manufacturer worked so closely with Google itself to ensure the perfect fusion between physical hardware and Android software. Google would have the opportunity to realize its vision for its operating system without the cloying and indignant influence of OEMs or cellphone carriers, with the added improvement that each and every phone would be assembled on American soil by American citizens, in a brand-new super-factory in Texas. Google’s agenda to promote American industry was obvious from the start; the very first promotional materials for the Moto X highlighted the fact that it was “made in America,” even before consumers knew what they were getting. The opening of the Motorola plant in Texas was a hurricane of publicity, with Governor Rick Perry making an appearance. However, the phone itself has failed to capture the eye of the public in the way that Google’s massive rebranding would suggest, with less than a million units sold before the end of last year. Now, as Google extends offers of cooperation to Samsung and other hardware makers, Motorola seems to have been dropped like a wet blanket: after being used to create Google’s idea of a smartphone and force this idea on competitors, its patents have been ripped away and the remnants are being thrown to the highest bidder.

The bidder in question, Chinese company Lenovo, has quietly been building a name for itself ever since its acquisition of IBM’s ThinkPad brand in 2005. By all accounts, it seems to be pursuing the same tactics here, focusing mostly on establishing a “global reach” in the Android ecosystem, and prioritizing Motorola’s brand recognition over any potential hardware advancements that would be lost along with its patents to Google.

The benefits of the massive deal are clear to each participant; Google will further consolidate its hardware patent portfolio, giving it far greater influence over what will grace the Android canvas, while Lenovo will gain an enormous foothold in the U.S electronics market to expand its vision of becoming a global competitor. For Motorola, however, the future remains murky. The Moto X was a great phone, and a step in the right direction away from Motorola’s old practices, and it seems bizarre and unnerving for Google to take such a drastic step directly in contrast to the American brand it was trying to create in Motorola. No word has yet been given about the fate of the Texas factory, or Lenovo’s plans for its newly-acquired personnel and resources in the States. Only time will tell who will truly benefit, but it is undeniable that this is the largest shake-up the Android market has seen in a while.