The many projects of Joss Whedon 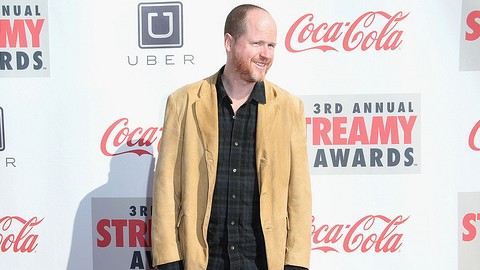 For the man who began his career on top of a demon-spitting Hellmouth, Joss Whedon has made quite the name for himself.

Before having the opportunity to shape his own lore, Whedon worked often as an uncredited writer and a script consultant for a number of shows and movies. He co-wrote “Toy Story” and “Titan AE,” as well as “Alien: Resurrection.” However, he has expressed great dissatisfaction at the latter two for not having the opportunity to direct his vision himself. He also wrote the often overlooked film “Buffy the Vampire Slayer” from 1992, which was directed by Fran Rubel Kuzui. Whedon and fans alike seem to share bitter memories of this movie to this day.

In 1997, Whedon’s Buffy character finally had the chance to take off in the way he had hoped she would. The pilot aired in March of 1997 and was produced by Whedon’s own production company “Mutant Enemy Productions,” where he started to produce “Buffy the Vampire Slayer.” The series ran seven seasons until 2003, having switched networks from WB to UPN in 2001. “Buffy” follows the story of none other than Buffy Summers (Sarah Michelle Gellar), who just moved to Sunnydale, Calif.

Buffy is your typical average, yet not-so-average, teenage girl coming to terms with growing up, the social jungle that is high school and her prophesized fate as a vampire slayer. Whedon’s “Buffy” plots often draw parallels between high school drama and hellish supernatural chaos. The character of Buffy originated out of “the idea of some woman who seems to be completely insignificant who turns out to be extraordinary,” according to Whedon.

By Season 4 the show had its own spinoff, “Angel,” starring the broody vampire with a soul himself, Angel (David Boreanaz). In this series, which exists in the same universe and occasionally overlaps with the plot in “Buffy,” viewers follow Angel, who has moved from Sunnydale to Los Angeles, and forms a supernatural private detective agency with some B-list characters from “Buffy the Vampire Slayer,” as well as some fresh faces.

While many fans and most of the Internet seem to agree that “Angel” lacked some of the charm of “Buffy,” it’s hard to find a source that actively dislikes the series. While it paled in comparison, it was still popular enough to receive a follow-up comic book series on Dark Horse Comics, just as “Buffy” did.

Next up on Whedon’s list of creations is one of the most infamously famous cult series in recent memory – “Firefly.” “Firefly” was a space-western hybrid TV show that aired for a brief 14 episodes in 2002 on Fox. This show followed the Mal Reynolds’ (Nathan Fillion) crew of veterans on the space ship “Serenity,” following a great Unification War between rebels and an alliance that aimed to unite colonized planets under one government. Needless to say the “browncoats,” or rebels, lost the war and the show follows them on their corrupt, but ever vigilant, space cowboy adventures.

The series was officially cancelled after 11 episodes, but many cult fans argue that it was never given a chance. Strangely enough, the series was aired out of order, giving fans another excuse to cling to. In an interview published in The Pittsburgh Post-Gazette, former Fox Entertainment President Gail Berman claimed that “it was a wonderful show and I loved it and I loved working with (Whedon) on it but that was a big show, a very expensive show and it wasn’t delivering the numbers.”

However, there was a light at the end of the tunnel, and in 2005 cult followers were graced with “Serenity,” a “Firefly” film made to tie up all the loose ends of their short-lived but greatly beloved series. The film was a hit and was lauded even by fans who hadn’t seen “Firefly.” Even Roger Ebert went so far as to give the film a “Two Thumbs Up” rating.

But it doesn’t end there for Whedon. In 2008 he created the short web-series “Dr. Horrible’s Sing-Along Blog,” starring Neil Patrick Harris, with his brother Jed Whedon in the throes of the 2007-08 Writers Guild of America strike. Supposedly, the concept was to make a small and relatively cheap series that would work around the issues the strike was protesting. This series, which aired for free on an online blog, received great critical reception. Whedon also created “Dollhouse” which aired from 2009-10, co-wrote and produced the horror movie “The Cabin in the Woods” in 2012 and wrote and directed the film “Marvel’s The Avengers,” which also came out in 2012.

Whedon is currently working on “Agents of S.H.I.E.L.D,” an “Avengers’” spinoff of sorts which began airing on ABC in 2013.

Not many writers or directors have had such a deep stake in entertainment media in the last 20 years, and even fewer would be trusted to take the responsibility of the entire Marvel universe. However, it’s no surprise that Whedon was tasked with this duty after he kept a high school drama/horror crossover on the air for seven seasons, and almost single-handedly made vampires cool again in the 1990s.