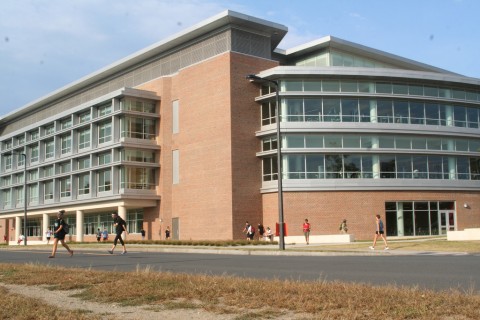 A vehicle struck three female University of Massachusetts students on Commonwealth Avenue on the north side of the Recreation Center on Monday night while the women were in the crosswalk.

UMass police responded to the scene just after 6 p.m., along with the Amherst Fire Department.

The injuries suffered by the victims were not life threatening, according to University spokesman Ed Blaguszewski. Two of them were evaluated and treated by first responders on the scene and subsequently released. The third victim was transported to Cooley Dickinson Hospital with head injuries, but Blaguszewski said that she was alert, conscious and talking while on the scene.

The driver of the vehicle that struck the women was not a UMass student. Charges for the driver are pending.

The University is currently not releasing names because the matter is still under review.