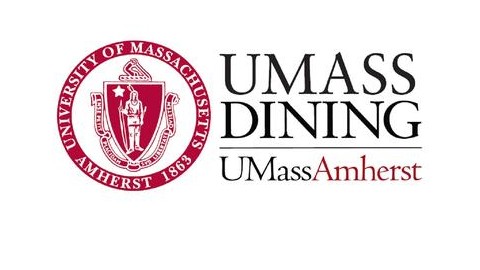 UMass dining was recognized across national borders on Feb. 8, when three UMass students won gold in the first ever International Inter-University Chef Competition held at McGill University in Montreal.

“We all had a blast because of the way Chef Anthony trained us. There was no nervous feeling going into it,” Becker said. “Everything ran extremely smoothly for our team.”

Becker and White, both senior hospitality and tourism management majors, were recruited from a HTM 355 Menu and Food Production Management class, while Thompson, a junior kinesiology major, was asked to attend the competition by her manager at Berkshire Dining Commons.

Jung used his experience in cooking competitions when coaching the team. He held multiple training sessions for the three competitors in the weeks before the competition, which Thompson described as difficult.

“He would test us really hard, like give us a half hour to make dishes because he really wanted us to get the timing right,” Thompson said. “He wouldn’t help us out at all to try and prepare us more. But he was awesome about everything.”

During the competition, teams had to make at least two dishes, one vegetarian and one non-vegetarian, in less than two hours. Each team had a mystery basket of five ingredients and a pantry list with items they could use. The mystery basket included black pepper corns, pork tenderloin, pearl jade rice, maple syrup and quinoa, all of which are a part of the fair-trade, “Real Food” that UMass also uses in its dining commons. This includes organic, humane and local foods.

“It’s obviously healthier for people and it’s just better to be eco-friendly and economically conscious about stuff like that,” Thompson said.

Thompson focused on creating the hors d’oeuvre, a fried rice ball with a crème fresh emulsion and apple-mango slaw made from a lime and maple syrup vinaigrette. White created the vegetarian dish, a puff pastry filled with tofu, zucchini, mushrooms, peppers and a charred tomato sauce, while Becker worked on the entrée, a pork loin with a parmesan quinoa herb crust served with sweet potato hash and grilled asparagus.

The contestants were judged on their organization and neatness in the kitchen, the “plating” or presentation of the food and the overall flavor of the meals. All techniques were taught to the team by Jung.

“Working with flavors that matched each other well was his big thing,” Becker said about Jung. “The biggest thing he taught us was to be organized and everything’s gonna kinda fall into place with you from there.” White described Jung as “pumped” when the UMass team won and said that he immediately jumped up in excitement.

Jung gave credit to the team’s positive attitude in a recent press release. “They are always asking, ‘How can I make this better?’” he said.

The three all said they had a blast on the trip. “The team we had was great, all the people were fun to work with, it made everything a lot more enjoyable,” Becker said.

He added that the competitors from other schools were all friendly and congratulatory. “We came into Canada and everybody respected us and it was a fun competition,” he said.

Both Becker and White plan to pursue careers in the hospitality industry. Becker, who moved his way up from a dishwasher to head chef at Fazio’s Restaurant in his hometown of East Longmeadow, hopes to work somewhere as an executive chef in the future.

Thompson said she plans to work as a physical therapist after she graduates, though cooking will always be a big part of her life. She added that her “big Italian family” celebrates cooking, and that she enjoys cooking as a hobby to relieve stress.

“I just love making food and eating food,” she said. “It was the perfect competition for me.”

Kristin Lafratta can be reached at [email protected]