‘House of Cards’ continues to be binge worthy 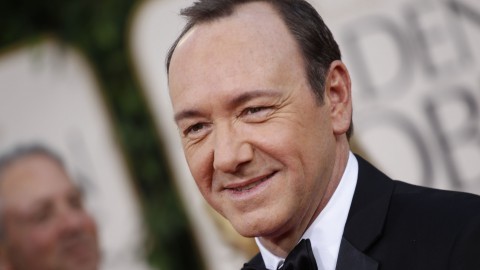 It’s rather fitting that Frank Underwood’s initials are “F.U.”

The Congressman, played by Kevin Spacey with a Southern drawl, destroys anyone who tries to hinder his ascent to the Oval Office. In the second season of Netflix’s “House of Cards,” Underwood finds himself a heartbeat away from his goal as he meticulously plots to bring down the President of the United States. It’s rarely been so fun to watch people be so bad.

Season 2 picks up as Underwood prepares to become the Vice President, and Zoe Barnes and Lucas Goodwin try to gather dirt on him. Zoe, played with the perfect mix of paranoia and persistence by Kate Mara, struggles to pin down evidence on Underwood. Lucas, played by Sebastian Arcelus, enjoys an expanded role this season as Zoe’s lover and partner.

This season’s strongest improvement over last season is how the writers mold plots with timely issues. The show revolves around topics like Chinese cyber spying, the government shutdown and the Deep Web. Additionally, we get to see more inner workings of legislative process. While still more a show about people in politics than about politics, “House of Cards” proves it has done its homework.

Molly Parker joins the cast as Congresswoman Jackie Sharp, who gets the nod for House Majority Whip as Underwood vacates the office. Parker plays Sharp as a layered war veteran. She wears unassuming expressions that hide her political savvy and violent history.

You may have to suspend some disbelief every once in a while, like during last year’s freak vetting blunder of Underwood after he killed Peter Russo (the dearly missed Corey Stoll). The enjoyment of watching each shot’s beauty makes up for these detours around realism. The writers deserve praise for the near-Dickensian complexity of their plot. Watching these stories play out elevates “House of Cards” to some of the most enjoyable television around.

Each episode improves on the last. After a game changing season debut, the second season never loses steam as Underwood wars with Raymond Tusk (Gerald McRaney) over the President’s soul. Tusk, the President’s long time friend and confidante, acts as the first true rival of Underwood. Never before has the charming Congressman had to face someone who isn’t easily brushed under the carpet.

Perhaps the best episode focuses on Freddy, played by Reg E. Cathey with his ocean-deep voice. He gets a far larger role this year as Underwood’s only true friend and owner of the restaurant the Vice President frequents. Cathey’s performance is rich with laughs and tears. As his proximity to Underwood catapults him to national attention, he struggles with his newfound fame and with his changing relationship with Underwood. Freddy’s expanded role marks another huge improvement over Season 1.

The strongest element of “House of Cards” remains its unparalleled protagonist, Underwood. He draws the setting and the characters toward him like a magnet sucks in filings. No one escapes his grasp. Back in Season 1, we first catch a glimpse of Underwood as he snaps the neck of a dog hit by a car, calmly quipping, “Moments like this require someone who will act.” As we watch the heights he climbs to exact his revenge, we learn that Underwood is the definition of action.

Throughout the show, animalistic ideas define Underwood’s ideology. He considers Russo as a wild dog in need of euthanasia, likens his love of his wife (Robin Wright) to a shark’s love for blood and turns the phrase, “every kitten becomes a cat,” into a sinister, twisted joke. This ideology perverts his quest for vengeance into an ascent up the food chain. Underwood reigns over D.C.’s animal kingdom, and he views any casualty as weak, deserving prey.

Only someone as vicious as Mr. Underwood could marry him. Wright plays Claire Underwood, a Lady Macbeth with as much power as Macbeth himself, as a cunning lobbyist who’s just as smart and ruthless as her husband. Together, the team seems safe from defeat. Wright’s performance is just as indelible as Spacey’s. Coupled together, they make the show unforgettable.

“House of Cards’” second season cements its place in television’s golden age. With acting this engaging and plots this entertaining, “House of Cards” will remain a binge favorite for several seasons to come. In the meantime, the writers need to create a legitimate enemy for Underwood. So far, he’s gotten away with murder.

Perhaps Sharp will be the chosen one to take down the corrupt Vice President – as she develops this season, she appears to be what a younger Frank Underwood must have looked like. But as Underwood builds his empire, it’s hard to see how this house of cards could ever come crashing down.