Motor crashes and disturbances keep police busy over the weekend 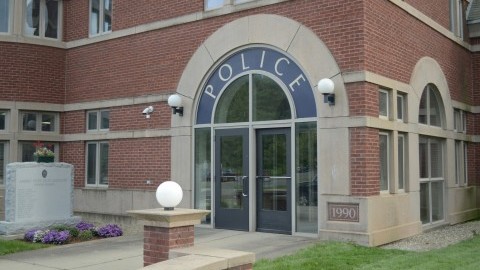 11:10 a.m.: A larceny occurred at an unknown location. A girl’s purse, containing her wallet and all of her cards, was stolen. Her cards were later cancelled.

4:58 p.m.: A motor vehicle crash occurred on Bay Road between a Toyota Camry and a Ford Mustang. The damage done was worth over $1,000. There were no injuries and no tows required.

5:08 p.m.: A disturbance occurred in Colonial Village on Belchertown Road. A woman entered an apartment to retrieve the rest of her belongings after moving out and an argument occurred, possibly escalating into a physical altercation. The person living in the apartment claimed that the woman had no reason to come back.

5:48 p.m.: A motor vehicle crash occurred by City Tire on College Street. The male driver hit his head on the steering wheel. The Amherst Fire Department was en route, and no hospital transfer was required. There was extensive damage done to both vehicles.

6:43 p.m.: A woman claimed that someone came into her apartment at Ann Whalen on Kellogg Avenue, and took her purse and money. Upon arrival, there were no signs of breaking and entering.

8:04 p.m.: A fire broke out at the Jewish Community Center on Main Street. Nobody was inside the building, and the fire was extinguished by the Amherst Fire Department. The fire was probably accidental and electrical.

8:15 p.m.: A customer in the parking lot of the Big Y supermarket on University Drive was struck by a motor vehicle. The customer waived medical attention, even though the individual injured their shoulder.

10:25 p.m.: James Gabriel was arrested at the Craig’s Place Homeless Shelter on North Pleasant Street after being aggressive toward staff, cursing at people, knocking things over and making threats.

12:11 a.m.: Medical assistance was required at Puffton Village on North Pleasant Street for an intoxicated male. He was transported to an ambulance.

12:38 a.m.: Ryan Hoffman was arrested at Stacker’s Pub on North Pleasant Street. He kicked the door and cursed at pedestrians. He was charged with disorderly conduct and false or misuse of a liquor ID card or license.

1:33 a.m.: There was a liquor law violation at the railroad on Main Street. People were holding red Solo cups.

2:01 a.m.: Steven Laing was arrested on Main Street after his motor vehicle was stopped for a marked lanes violation and failure to signal. He was also charged with OUI liquor.

2:19 a.m.: There was a disturbance on Lincoln Avenue. A male was reported to be yelling threats, including that he was going to “spray this place up.”

12:05 p.m.: A shepherd dog was reported to be running up and down Main Street. The dog was brought to the pound and did not have a chip.

10:02 p.m.: Medical assistance was required on East Pleasant Street. An ambulance was requested for an intoxicated female.

12:53 a.m.: Kerry O’Connor was arrested on Pine Street after a motor vehicle was stopped for a sign violation. O’Connor had an open container of alcohol in the car and was also charged with OUI liquor.

1:34 a.m.: Carlos Saravia was arrested for his third offense of OUI liquor after his motor vehicle was stopped by Dorsey Memorials on Main Street for speeding. There was an open container of alcohol in the vehicle.

2:03 a.m.: Patrick Murphy and Sebastien Fontanges were arrested for disorderly conduct after fighting in the roadway on North Pleasant Street.

2:25 a.m.: Two people were riding on a cab and fell off. They sustained injuries and were bleeding.

11:42 p.m.: A male was approaching cars in the parking lot of Cumberland Farms on Belchertown Road asking for marijuana.