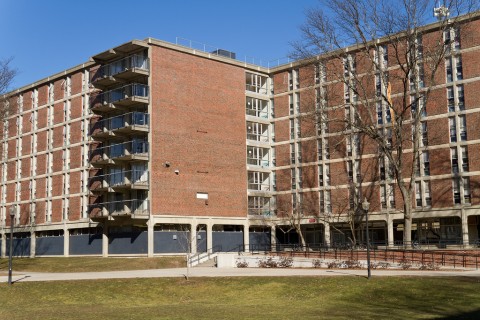 The Orchard Hill Area Government has stepped down from their positions shortly before they were scheduled to testify before the Student Government Senate for an impeachment hearing, according to a high-ranking SGA official.

The impeachment procedures were scheduled to move forward on Monday, but because Governor Seth Perkins, Lieutenant Governor Isilda Gjata, Treasurer Victor Paduchak and Secretary Cameron Locke “respectfully stepped down,” according to Secretary of Finance Lindsay Vitale, there is no longer an impeachment process. Perkins, Gjata and Locke resigned on Friday, while Paduchak resigned earlier in the week. All resigned due to academic reasons.

According to an SGA senator, normal proceedings would allow the government 30 days before appointing a new person to the position but since the entire government needs to be replaced, different measures will be taken.

Vitale added that because the entire OHAG had resigned, she will be unfreezing the government’s accounts this week.

The audit and freezing of accounts  raised questions about whether Bowl Weekend was still possible given the fact that the government was not able to spend money for the past couple weeks. Perkins had previously told the Massachusetts Daily Collegian that the frozen accounts were “a bit of a setback” because he was struggling to begin renting inflatables and other necessities for the event.

Vitale is now working with Dylan Larke, a residence director of Orchard Hill, SGA Secretary of Registry Ellie Miske, a former OHAG governor, Lloyd Henley at the Center for Student Development and two other residents of Orchard Hill to make sure that Bowl Weekend can continue as scheduled. Larke has the signature responsibility to sign off on transactions and purchase requests for the event according to Vitale.

Vitale said that the SGA and the CSD are working together to make new requirements in all RSOs next year, including monthly budget updates from groups. The SGA is also looking into recruiting a set of auditors to make sure that campus groups are using funds properly and effectively.

“It is with great sorrow and frustration that I resign the office of governorship at Orchard Hill,” Perkins said in a statement to the Collegian Sunday night. “Over the past year, my administration and I have held the needs of our constituents dear to our hearts. It was through this good natured attempt to provide for those we see daily that we have been hung out to dry. Essentially, it is our belief, that the bylaws of the SGA are more concerned with bureaucratic power then the legitimate concerns of its governed.”

Perkins added, “The issue arose from the fact that I did not consider myself beholden to the SGA, rather, to my constituents. It is with great appreciation for my dorm, my residents and the integrity of Orchard Hill Area Government that I resign. My hope is that with my administration’s passing, that the work may continue towards Bowl Weekend.”

In an interview with Perkins before spring break, Perkins said that he has not given full thought to his future plans but running for the Senate could be among them.