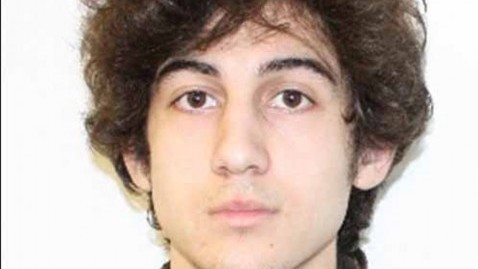 On April 15, 2013, tragedy struck the city of Boston when two bombs, only moments apart, exploded just before 3 p.m. near the finish line of the annual Boston Marathon, killing three people, wounding more than 260 and shocking a nation.

And for nearly four days, the suspects remained on the run.

A deadly shooting at the Massachusetts Institute of Technology on April 18, 2013, and a manhunt in Watertown the next day led to the death of one alleged bomber, 26-year-old Tamerlan Tsarnaev, and the arrest of his brother, Dzhokhar Tsarnaev, now age 20.

A year after the tragedy, Tsarnaev remains behind bars. According to the Boston Globe, despite the fact that the death penalty is illegal in Massachusetts, the Department of Justice decided in January to seek capital punishment on the grounds that Tsarnaev faces 30 federal charges and prosecutors added they will justify the death penalty on 17 of those charges.

The Globe reported that the prosecution believes they can justify the death sentence based on Tsarnaev’s “betrayal of the United States” and his decision to specifically attack the Boston Marathon, which they add is “an iconic event that draws large crowds of men, women and children to its final stretch, making it especially susceptible to the act and effects of terrorism.”

United States District Judge George A. O’Toole Jr. has set Tsarnaev’s trial date for Nov. 3, 2014, less than 19 months after the bombings, despite the defense lawyers advocating for another year in order to sift through the evidence and interview all the necessary witnesses.

“The defense is motivated by two things, the desire to keep the defendant alive as long as possible and the desire to be prepared,” Robert Sheketoff, a Boston criminal defense attorney, told the Boston Globe. “In a case like this, where guilt or innocence is the least of your problems, what is your hurry to get to a conclusion?”

To avoid the death penalty if convicted, the Washington Times reports that Tsarnaev’s lawyers are attempting to prove that Tamerlan Tsarnaev, the elder brother, was the one most responsible for the attacks.

According to the Washington Times, the defense lawyers said that the jury’s decision could heavily depend on “the extent to which it views Tamerlan Tsarnaev as having induced or coerced his younger brother to help commit them.”

The Globe said prosecutors have estimated that Tsarnaev’s trial will take approximately 12 weeks, and if he is convicted, it will take the jury another six weeks to deliberate between a life-sentence and the death penalty.

But for many, what still comes as a shock nearly a year after the attacks at the marathon is the apparent normalcy of the alleged bombers themselves.

“He was a lovely, lovely kid. He was a wonderful kid … he was never in trouble,” Larry Anderson, a neighbor of Dzhokhar, told CNN. “He was so grateful to be here and to be in school and so grateful to be accepted.”

Born in Kyrgyzstan, Tsarnaev moved to Cambridge when he was 8 years old with his family, and was considered a good and active student by many, wrestling for three years and earning himself a $2,500 Cambridge Scholarship of Higher Education which he would use to study at the University of Massachusetts Dartmouth. He became a U.S. citizen on Sept. 11, 2012, the 11th anniversary of the 9/11 attacks, according to CBS.

But some feel it is simply time to proceed with the trail and move on.

“I think it should be sooner,” Marc Fucarile, a Boston Marathon survivor who lost his leg in the attacks, told the Globe. “Everybody should be on the same page. It’s pretty cut and dry with the evidence. Don’t waste anybody’s time.”