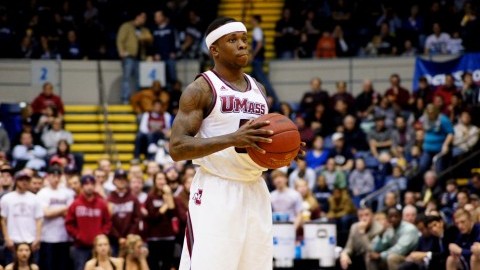 Now, the 5-foot-9 point guard has a chance to add to that resume yet again with sights set on a prospective professional career.

Williams will take part in the Portsmouth (Va.) Invitational Tournament on Wednesday, an event which consists of 64 seniors from across the nation. He’ll play on a team named Roger Brown’s Restaurant in front of scouts from both the NBA and professional teams overseas.

“To be one of the top 64 seniors to be picked for this event is a blessing and an honor,” Williams said in a press release. “I’ve been working out twice a day lately in the gym and weight room to get ready for my professional career.”

After his junior season, Williams flirted with the idea of leaving school to play professionally in Turkey. Instead, he returned to average 15.6 points and seven assists per game, the third highest total in the nation. He was named first team All Atlantic-10.

Joining Williams on Roger Brown’s Restaurant is Jordair Jett of Saint Louis, Aaric Murray of Texas Southern and Taylor Braun of North Dakota State, among others. The event is a four-day, 12-game contest which runs from Wednesday to Saturday.

It’s not the first time a Minutemen senior has gone to the Portsmouth Invitational Tournament. Anthony Gurley, Chris Lowe and Tony Gaffney all competed in the event after concluding their respective UMass careers.