Does legality even matter anymore? 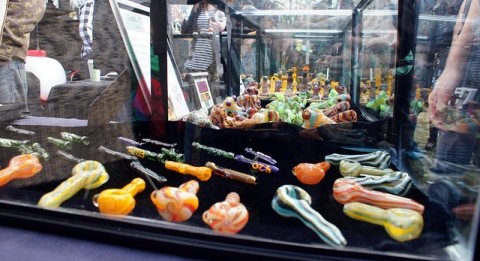 Coming up this weekend is the Extravaganja event in downtown Amherst, adjacent to the University of Massachusetts campus. For those who don’t know about Extravaganja, it is a town-supported event that allows marijuana, trees, bud, weed, what have you, to be smoked without prosecution from law enforcement on the Amherst Town Common. There is also live music and vendors selling food and marijuana culture-related items.

The event draws pro-marijuana supporters far and wide, as well as a very large number of students from UMass and other surrounding colleges. I have nothing negative to say about human consumption of marijuana and I am not going to play into the alcohol versus marijuana argument. What I am here to argue however, is whether or not our local law-enforcement has a moral or legal center.

Not to be a broken record, but we probably all remember the “Blarney Blowout” from several weeks ago. The drinking themed community party caused over 70 arrests, as well as some staunch criticism over how well the police handled the situation. Even before the event, students at UMass received emails from the school administration advising not to attend “Blarney Blowout,” with threats of school related punishment and/or arrest.

In the midst of all this drama, it can be easy to forget the fact that drinking alcohol is completely legal. Bear in mind that you have to be 21 to drink and you can’t be drinking outside in public – two issues surely present at “Blarney Blowout” – yet all in all alcohol is still a legal substance.

Marijuana, on the other hand, is not a legal substance. Now weed, in Massachusetts, at least is at the decriminalization level. Possession of an ounce or less without intent to sell, if you are at least 21 years old, is a simple infraction much like a traffic violation in a car. Several years ago, this was not the case. Marijuana was very much illegal in any amount. In fact, Extravaganja was started over 20 years ago when weed was still completely illegal. So, every year the Town of Amherst, along with the police force, knowingly allows people to commit a crime if they so chose.

As far as I can tell, the town and school openly oppose and prosecute those involved with a celebration centered around a legally sold substance while also turning a blind eye to the law – for a day – to allow the mass public consumption of an illegal substance. Something doesn’t sit quite right about this whole situation.

What is law enforcement without the enforcement of laws? One could argue that it is necessary for a police officer to have a strong moral compass and to make decisions based on situation and circumstance. One could also say that with marijuana steadily being legalized around the country, the police are simply falling in line with the inevitable.

All I can think of, though, is what rules exactly are our police officers following? If our community strives to break up an event based around something we can buy in businesses all across town yet allows us to toke right in front of cops just because it is the right day, how can our officers have a clear idea what their job is? It seems to me, that this hypocritical concern and lack of involvement opens an ugly door that could allow police officers to perceive the law much more subjectively at their own whim. Furthermore, are Amherst police even allowed to arrest or ticket students at Extravaganja, or is it simply agreed upon within the community that they cannot? Who exactly is responsible for adherence to the law?

All of those who participate on Saturday will be breaking state and federal law without repercussions. Like I said, I have nothing negative to say about marijuana at all, but I believe that if we are going to have rules, they need to be clear-cut. Laws cannot be left up to the interpretation of the police, the prosecutor, the town, the judge or anyone else. Laws need to be set in stone so that we can make an unbiased decision one way or another.

Whether we don’t provide the proper outlet for college students to drink, or provide an entirely different outlet to get stoned, either way we are handling the situation wrong. You cannot build a system of control only to follow it sometimes – we might as well take away the right to a speedy trial and legal representation as well. Pulling even this single rock from the foundation of this wall could cause a speedy collapse.