General Education courses should not be required 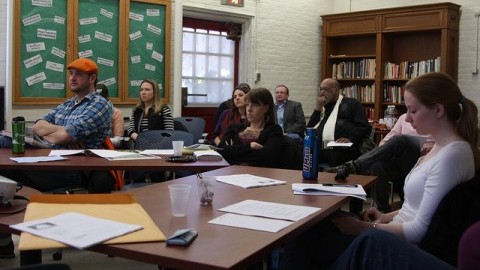 To give some perspective, my major, English, requires me to take 12 classes. Students who choose only to take the classes required of them will spend the same amount of time on their Gen Ed requirements as they spend on their core requirements. I believe that Gen Eds are a waste of time.

Combining the time devoted to all Gen Eds, it can be concluded that students will end up spending roughly two whole semesters (one academic year) fulfilling them. This constitutes 25 percent of the four years typically allotted to an undergraduate education.

According to the University, the purpose of taking these 11 classes completely unrelated to our majors is to broaden our horizons. Fair enough. But should we be forced to spend equally as much time on subjects that we are potentially uninterested in and uncomfortable with as we spend on the subject that we are passionate about or good at?

Every day between kindergarten and senior year of high school, we took classes in almost every subject area – math, English, social studies, foreign language, sciences, etc. The classes that challenged us in high school are still equally as likely to challenge us in college. Except now, the GPA that is presented to future employers when we graduate college is potentially 50 percent contingent on our success in these areas, rather than entirely on the subject in which we earned our degrees.

Of course, there is a diverse range of classes that students can take to fulfill these Gen Ed courses, ranging from introductory classes to upper-level classes. The problem with this is that intro classes will not engage students because they know that, typically, only minimal effort is required to succeed in them. Upper-level courses, on the other hand, will overwhelm students because those classes are generally geared toward students with majors in those particular subject areas, even if those classes fulfill a Gen Ed requirement.

Students should not be forced to choose between exerting minimal effort and being subject to the same expectations and work load in a class as the students within that major. Choosing the former will cheapen a student’s desire to engage in their learning. Choosing the latter may potentially force the student to sacrifice a substantial amount of time that they would prefer to spend on courses required for their major. As a result, this may potentially lessen their ability to engage in their major classes, and even lead to a lower GPA due to the lessened available time to spend on those classes.

Gen Ed classes may be useful for students. I believe that writing and diversity classes can be hugely beneficial to students of all majors. Having an understanding of the way that social hierarchies and patterns are constructed and maintained is necessary for acknowledging one’s place in the world. Also, communicating effectively is one of the most important skills not only in the workforce, but in one’s entire life.

However, the sheer amount and range of classes required of students makes them ineffective.  For humanities students like me, taking two different science classes and two different math classes will not benefit their education. Nor is it likely that I will retain the information to apply the knowledge I learn in classes in subject areas that challenge me deeply. Likewise, students in the natural sciences are unlikely to reap any meaningful benefits from taking a literature class. Not only are situations like this inconvenient and unenjoyable, but they can also greatly damage a student’s education if they do poorly in these classes or are forced to spend an inordinate amount of time attempting to succeed in subject areas that they have always struggled with.

I believe that the 11 Gen Ed classes should only be required for undeclared students who are most likely exploring their interests and are unsure of what subject areas interest them the most. These students belong to the University demographic that is most likely to reap the benefits of the wide range of Gen Ed courses. They are far less likely to feel reluctant to spend substantial amounts of time on the required classes, due to the fact that they have no higher educational priorities like those faced by students who have declared a major.