How I met the worst series finale to date 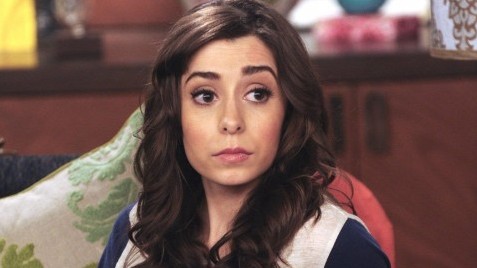 With an alternate ending to be released this fall, it’s only fitting to discuss the controversial “How I Met Your Mother” series finale.

Nine years, nine seasons, 208 episodes, countless jokes and laughs, plenty of storylines, five main characters – and one (until now) nameless mother. It all came to an end Monday, March 31, and fans around the world sat down to watch what would become one of the most disappointing series finales to date.

Honestly, as soon as the episode was over, I checked my calendar and made sure it wasn’t April Fool’s Day yet, because that finale had to have been an elaborate prank. Weeks later, and I am still fuming.

The episode begins in 2005: a nice, sentimental look into the day Robin Scherbatsky (Cobie Smulders) joined the gang. At that moment, I should have foreseen the ending and turned off my TV before it was too late. The whole finale was about Robin. How she became part of the group, her marriage to Barney, her divorce from Barney, her secret feelings for Ted and how she essentially quit her friendships. Truthfully, I don’t have a problem with Robin, but when I started watching “How I Met Your Mother,” I signed up for an ending in which Ted (Josh Radnor) and Tracy, the mother (Cristin Milioti), actually end up together.

To give credit to the writers, yes, Ted and Tracy were absolutely perfect together while they lasted. Yes, sickness does happen, and sometimes, it does tragically take the people you love. It is realistic, and of course, as the finale suggests, it is absolutely okay to move on. But don’t make us fall in love with the idea of Ted and the mother for nine years and then pull the rug out from under our feet during the series finale.

It was the plot twist to end all plot twists… except almost nobody enjoyed it.

For nine years, dedicated fans waited and anticipated Ted and Tracy’s meeting, with the show dropping hints about the couple’s effortless chemistry and important parallels. Viewers hoped to finally see and experience Ted’s happy ending with the woman of his dreams, only to find that the woman of his dreams was merely a plot device to unite Ted and Robin, a couple whose flames had seemingly died long ago.

Over the latter part of the show’s first eight years, the writers led the audience to believe that Ted and Robin were over, only to spend this entire last season hinting at and eventually reigniting their love. When Ted was at his lowest points, he returned to Robin in what can only be called a sick obsession, but Robin countlessly rejected him, leading fans to believe that her happy ending would be with Barney (Neil Patrick Harris).

Throughout their time together, both Barney and Robin recognized their faults and grew enormously as characters. The entire last season was about Barney’s and Robin’s wedding, so why would the writers dedicate a whole year to a marriage that would deteriorate within the first five minutes of the finale? Moreover, why did they flush all of Barney’s character development down the drain?

In fairness, Barney’s storyline with his daughter was perfection. He dedicated his whole life to writing off women, never fully committing – and then he promises to dedicate the rest of his life to one girl: his daughter, the result of a one-night stand. Although we never learn who that mother is, other than “Number 31,” in Barney’s “Perfect Month,” Barney promising to give everything to the most important girl in his life was endearing enough.

Well-written and incredibly touching, that storyline was the episode’s only ending I enjoyed. If I say I didn’t shed a tear during the scene at the hospital in which he calls Ellie, his daughter, the love of his life, I am lying.

Meanwhile, Lily (Alyson Hannigan) and Marshall (Jason Segel), forever together and the least problematic characters, were hardly even acknowledged in the finale. While their ending was well established before the finale, I was left wondering what happens to their family. Are they still close to Ted? And where are their three kids? For one, we never even learn the third kid’s name. Are they happy and healthy? Do Lily and Marshall ever experience any problems beyond Marshall’s long career path to judgeship? On the one hand, Lily and Marshall fans should be grateful their favorite couple was left intact. On the other, their ending was … not an ending at all.

Now, with a looming alternate finale, one can only hope that the HIMYM team’s second choice is significantly better than the first. Including the alternate finale is not only an attempt to sell more DVDs when the final season is released, but the writers’ attempt to quiet dissatisfied fans. Quite frankly, if I watch the alternative finale and enjoy it, I’ll only be angry that it wasn’t the actual ending.