My friends suck and I love them 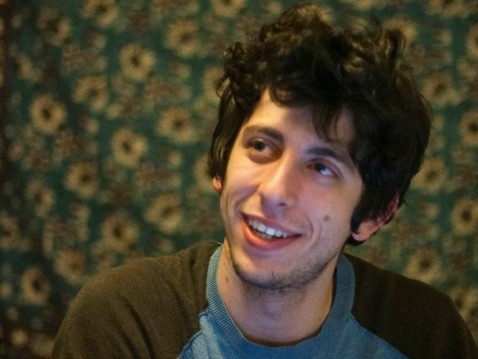 People form families everywhere. And I don’t mean in the get hitched, settle down and have babies kind of way, but the way in which people band together. Whether you like it or not, it’s tough to go to a school this big for four years and not inadvertently form some kind of mammoth social network consisting of people you met from class or whatever activities you’re involved in. You meet a lot of awesome people along the way and I imagine graduation will be something like the end of that movie “Big Fish,” where the main character meets all those guys that his father told him stories about his whole life. Wait, and he never believed they existed in the first place or something, right? Maybe I’m wrong about remembering how that movie ended, but whatever, I still like that analogy.

By the end of your senior year, you’re probably over-encumbered with friends on Facebook or people that you’re obligated to say “hello” to as you walk past them, but those people aren’t your family. A lot of the time, those people just suck. Actually, most of the time those people just suck. The people who really matter are your family – and like I implied before, I don’t mean your mom, or your dad. They can be pretty great too, but that’s not what I’m getting at here.

The people who really matter are the people that you hang out with when you’re not even trying to do anything. That small but tightly knit group of people who are always sitting on the couch in your living room doing the same thing they did three years ago are the people that matter. I’m tempted to use the phrase “best friends” to describe this kind of relationship, but that’s just not what it is. Not that these people can’t be your best friends, but it’s a different kind of relationship. It’s a sort of kinship that’s hard to express with words.

This group that never leaves your couch, that’s the whole family thing I’ve been getting at. These are the people you don’t have to go out of your way to bring together, they’re just already there doing their thing. And you know them so well – not from prying conversations, or late night venting on the porch (although those things are prone to happen), you know them just because you’ve been sitting next to them on the same damn couch for four years straight.

Sometimes sitting on that couch means getting absolutely trashed on a Tuesday while somebody plays “Dark Souls” and sometimes it means watching some weird low-budget science-type show in Netflix. Sometimes sitting on that couch means playing music, or throwing a Gamecube controller through the wall or even watching “Rocky Horror Picture Show” for the sixth time this semester. Or fighting about whether or not “Powerslave” is a better Iron Maiden album than “Number of the Beast.” God damn it, all of these things sound so awful.

These people are like brothers or sisters. A lot of the time you just think they’re annoying and weird to look at. And then other times you wonder why they have to be so arrogant or obnoxious and why you even hang out with them. But, you still do. Because when you start to ponder this stuff, you realize they probably feel the same way, since you suck equally as much as they do. After all, that’s why you started hanging out in the first place, isn’t it?

Between the four years you’ve all spent together, a lot of great stuff has happened. And a lot of awful stuff too. You probably fought a lot and maybe had a hilariously bad housemate. But every once in a while, the whole gang will gather to support you for something you poured your heart and soul into, and sometimes they’ll laugh in your face about it. And that’s the most important thing to me – having a group that can deal with my belligerence and trash on me when need be.