The return of the anthology series 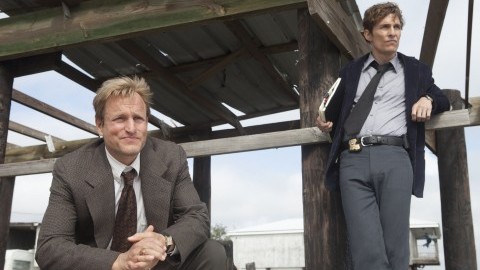 The recent success of “American Horror Story” and “True Detective” heralds the return of the anthology TV series. Both shows have managed to attract critical acclaim and high ratings throughout its runs on FX and HBO, respectively. Now more networks are green-lighting anthology shows for this year.

Anthologies are unique programs, but they’re nothing new to TV. They began in the 1950s Golden Age of TV and reserve one plot for each season. In other words, Season 1 tells an entirely different story than Season 2, linked only by an overlapping theme like horror or mystery. A few variations exist, like the most famous anthology, “The Twilight Zone,” which shrank each story to just one episode.

Before TV even existed, anthology programs enjoyed widespread popularity on the radio. In those days, horrors and sci-fi dominated the genre. Later on, programs like 1963’s “Espionage” focused on social commentary during the Cold War and exacerbated paranoia regarding the Soviet Bloc.

After a few decades of waning popularity, anthologies appear to be on a comeback tour. “American Horror Story” sparked the revival, for which “True Detective” carries the torch. This year has an adaptation of the Coen brothers’ “Fargo” in the works, as well as a British comedy “Inside No. 9,” which has been generating some overseas buzz.

Since an average season has about 13 episodes (or only eight, in “True Detective’s” case), the anthology season demands good writing. Mysteries can’t grow out of hand. Subplots can’t take over, which happens too often in long-running shows. Both “American Horror Story” and “True Detective” exemplify these assets of anthology TV.

Nic Pizzolatto wrote “True Detective’s” first season alone in his garage, compulsively plastering notes all over his walls as his hero Rust Cohle does in the show. His work graced the first season with a uniform tone and mesmerizing characters. Some episodes were better than others, but all of them enjoyed consistency.

“American Horror Story’s” first season was chock full of intrigue. Who was the Rubber Man? What’s up with that old maid? Or wait, she’s a young maid? Why is Denis O’Hare creeping in the garden?

These mysteries, however far out there they might have seemed, were never too far-gone because the writers had only 12 episodes to wrap it all up. The byzantine plot can never stray farther than what one season can reign back in. Think of the mess that “Lost” became once the island’s riddle escaped the writers’ ability to crack it. “American Horror Story” was a ton of fun, and the ending solved each riddle.

The short engagement tends to attract far bigger names than other shows that last several years. Matthew McConaughey, Woody Harrelson and Michelle Monaghan, all highly pursued film stars, led the brilliant cast of “True Detective’s” first season. Watching them inhabit a role for more than just a two-hour film was a real treat. Each actor got to know his or her character more. The format resulted in some of the best work of their careers.

The anthology does possess one letdown, something I call the brevity factor. As brilliant as anthology characters can be, they leave us after only a few episodes. In British anthologies like “Black Mirror,” characters vanish after only one episode. Cohle and Hart were two of the best characters to grace our TVs this past year, but now they’re gone. After just eight hours (and what an eight hours they were), we won’t get to see the true detectives anytime soon.

In interviews, however, Pizzolatto has said that he maintained the rights to the “True Detective” characters. So the door might not be closed on our battered heroes. Who knows, they might upgrade to the silver screen in the coming years.

Perhaps the anthology’s greatest strength can also be its Achilles’ heel. Since it is so short, writers must dive into their characters immediately or risk a lopsided season, one with a rocky first half that never finds its footing and a second half that irons out the wrinkles only to end too soon. A whole season could be a waste.

A classic like “Breaking Bad” found its stride as it grew, obtaining its legendary status during Walt’s endgame. What if we had only that first season? The writers were still trying to find their characters and to define what show “Breaking Bad” would be. Heisenberg might have ended up just a blip on the pop culture radar.

With the commercial and critical success of “American Horror Story” and “True Detective,” the anthology is on its way back to relevance. The anthology attracts excellence in writing and consistency, not to mention a few A-list names that would otherwise avoid the small screen. It’s a unique and enjoyable experience, at once more urgent than other TV and more intimate than film.