Time for the ‘Girls’ to grow up 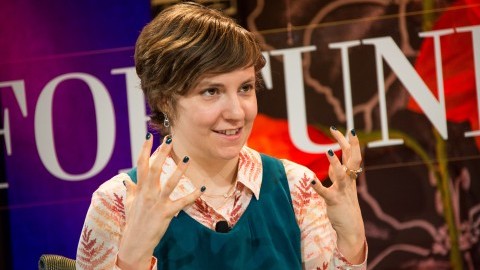 The following article contains spoilers for Season 3 of “Girls.”

After a slew of stale yet hilarious episodes, the third season of Lena Dunham’s “Girls” came to a close with a passionate, emotion-packed episode that left me wondering if it is finally time to grow up.

The episode begins with a strange encounter between Hannah (Lena Dunham) and Caroline (Gaby Hoffman), the sister of Hannah’s boyfriend, Adam (Adam Driver). Having disappeared following a fight with Hannah, Caroline returns to reveal that she had been staying with Laird (Jon Glaser) all along. On top of that, they’re having a baby together.

Hannah then opens an acceptance letter from the Iowa Writers’ Workshop, but struggles with whether or not she should even go to graduate school. I, for one, was surprised to learn Hannah was even a talented writer. The show is three seasons deep and it seems like the screenwriters had yet to validate that fact until now. After being fired from or quitting numerous jobs, it felt like Hannah may not be the best writer.

Of course, after some encouragement from her parents and her best friend, Marnie (Allison Williams), Hannah decides to move to Iowa. After this, she’s off to Adam’s opening night on Broadway, but before the show, in her usual selfish fashion, she tells Adam that she’s been accepted to grad school and they can become one of those artistic, long-distance couples. It is beautiful when she admits that watching him all this time has inspired her to grow artistically and creatively, but only Hannah would think to tell someone that right before their big performance.

As expected, all of this throws Adam off on his big opening night. Ever the genuine and honest character, he tells Hannah how he feels after the show, and down comes crashing one of television’s favorite couples.

However, it’s about time Hannah went off to write, make something of herself and grow up a bit. Somebody at Hannah’s level of maturity doesn’t deserve a guy like Adam. But Dunham and Driver played that scene to perfection, so kudos.

As for Marnie, it’s more than obvious at this point that she is a mess. Once a put-together girl with all her plans in place, she’s been nothing but lost this season. In the finale, she kisses Desi (Ebon Moss-Bachrach), the other half of her musical duo, and is proud of the fact even though he has a girlfriend.

Even Hannah criticizes her, but Marnie sees something there, that the rest of characters – and I -clearly don’t. At this point, Marnie’s just looking for some path to follow, but as it turns out after seeing his girlfriend Clementine (Natalie Morales), it won’t be with Desi. Season 3 leaves her loveless, career-less and altogether directionless.

Another “hot mess” this season, Shoshanna (Zosia Mamet) finally reveals her deepest feelings. It turns out that because of three measly credits, she won’t be graduating, and that fact alone pushes her to her emotional edge. Although I was a huge fan of Shoshanna’s relationship with Ray (Alex Karpovsky), I cringed watching her beg for him to take her back.

Yes, it was sad, but it only showed how lost and inadequate she feels. This season, she was only looking for some validation, some sign that she’s doing fine and will be okay. But that can’t be with Ray, and maybe now that she’s accepted it, she’ll finally find her way back.

Jessa (Jemima Kirke), as usual, is a whole different story. While everyone else is at Adam’s show, Jessa deals with her newest boss, an old artist who hires her solely because she knows Jessa will help her kill herself. And in a typical predictably unpredictable Jessa fashion, she does. However, after the pills have been taken and death is well on its way, her boss decides she doesn’t want to die, and Jessa runs to call 911.

Part of me believes this storyline stemmed just from the writers having no storyline for Jessa; another believes maybe there’s a deep, meaningful message I’m missing. Either way, I don’t see why this was important to her development, and more so, why this whole season has been full of nothing but meaningless, random storylines for her.

Where Dunham plans to go with “Girls” now, I have no clue. Will part of it be set in Iowa? Can Hannah even thrive there? Will the girls have regressed to their immature, selfish ways when the show comes back? Or are they finally realizing it’s time to face their problems like adults and grow up? I’m hoping it’s the latter.