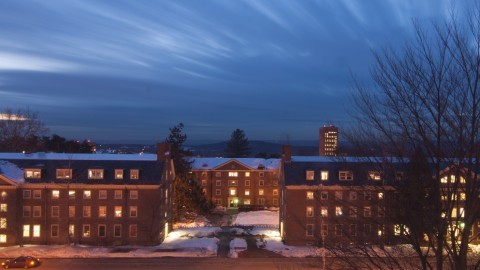 The University of Massachusetts announced Tuesday that the College of Social and Behavioral Sciences has received a $10.3 million gift from an anonymous donor, one of the largest the University has ever received.

According to a UMass press release, the gift also includes an external endowment.

“This transformative gift is among the largest in UMass history, particularly one dedicated to the support of the social and behavioral sciences. The growth in research that will result from this gift will benefit society not only through enhanced educational opportunities, but also through its impact on social policy,” Chancellor Kumble Subbaswamy said in the release.

With this gift, the UMass Rising campaign also exceeded 85 percent of its goal, according to the release.

Deputy Chancellor Robert Feldman, former dean of SBS, added, “UMass social scientists already have had a significant impact on our understanding of fundamental social and economic issues ranging from social mobility to environmental impact; this unprecedented gift will ensure the continuation of this legacy.”

As of Wednesday, a University spokesperson said there was no additional information available about how the money will be used.