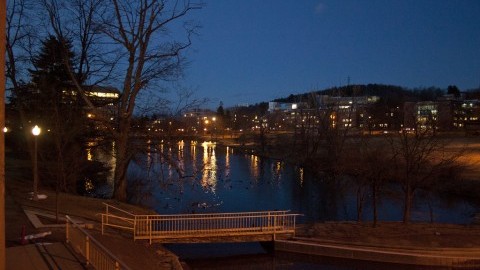 Just weeks before students, faculty and staff arrive in Amherst for the fall semester, the otherwise quiet University of Massachusetts campus was interrupted with reports of indecent exposure.

​UMass police responded to the call mid-afternoon on Wednesday, Aug. 20. Filed by a female victim, it was reported that after parking her car in Lot 25, another vehicle pulled up immediately right next to her.

The female victim described the person in the car as a white male, aged in the late 20s to early 30s, heavy set, possibly wearing an earring in his left ear, and wearing blue jeans and a short sleeve shirt.

This suspect’s vehicle is described as a gold Honda with a partial Massachusetts plate, including the numbers 497.

After UMPD sent a crime alert was sent to warn the UMass community of this incident, another alert followed shortly after regarding yet another report of indecent exposure that occurred on Wednesday.

The victim of the second report communicated similar facts to the initial crime alert issued earlier that day. Immediately after parking her car, the second victim similarly reported an older model tan or gold colored four-door Honda Civic pull up next to her.

Following both reports, UMass police did an immediate check of the area. They did not locate the suspected vehicle but said they are still investigating the case and are seeking any information that may aid them in identifying the suspect.

The Sunderland Police Department had two incidents of indecent exposure reported to them on July 16, 2014. The incidents reported had very similar descriptions of not only the vehicle, but also the suspect reported.

Likewise, the incidents reported to the Sunderland Police Department also cited a suspect luring the females to his vehicle, in these cases by asking for directions.

UMass police are urging people to avoid any contact with the suspect and take note of key information such as license plate number and direction of travel. Similarly, they urge anyone with information that may be helpful to contact them at 413-545-8477.