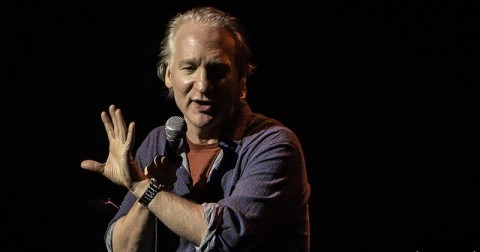 On Sept. 12, political pundit and standup comedian Bill Maher returns to HBO’s Friday night. “Real Time with Bill Maher’s” hour-long episodes feature a packed itinerary with standup, interviews and a panel of three specialist commentators. For the past 12 seasons, the program has offered incisive political commentary, bipartisan debates and political action campaigns like the Flip a District movement.

Maher, a famous standup comedian with a specialization for political satire, previously hosted “Politically Incorrect” from 1993 to 2002 on both Comedy Central and ABC. Rumors followed the program’s cancellation. Speculations arose that it was punishment for Maher’s remarks about the 9/11 attacks, misconstrued as celebrating the terrorists’ bravery.

Controversy occasionally arises for Maher on HBO. Most recently, he was heavily criticized after the Red Sox’s World Series parade, during which players paused in memoriam at the Boston Marathon’s finish line. In response to the parade, which he deemed overly sentimental, Maher said, “I mean, your city was not leveled by Godzilla.”

The comments drew responses from a myriad of  angered fans across Twitter, Facebook and even from Boston Mayor Thomas Menino. Some called for his resignation from HBO. Maher, however, pointed out his criticism was directed at the sentimental patriotism of the event, not at the victims of the terrorist attacks.

Despite these abrasive comments, Maher has persevered. Moreover, he is on the ascent. Now in its 12th season, “Real Time” enjoys an average rating of over four million viewers a week.

A three-person panel eats up the bulk of each “Real Time” episode drawing from specialists from both sides of the aisle in Washington, namely U.S. Rep. Darrell Issa, former U.S. Rep. Anthony Weiner and U.S. Rep. Nancy Pelosi. Guests also include significant figures like astrophysicist Neil deGrasse Tyson and journalist Glenn Greenwald. Each panel, regardless of its political affiliations, features informative discussions about timely topics, from the legalization of same-sex marriage to the rise of ISIS.

Perhaps Maher’s greatest contribution to television’s political discourse is the variety of ideologies his show gives voice to. Maher himself is an outspoken atheist and a defender of women’s rights, the legalization of same-sex marriage and the legalization of marijuana. “Real Time’s” panel often books one to two ideological opponents of Maher. The panel spars in heated, intellectual debates.

The show’s balance extends to Maher’s inevitable skewering of political figures. While the host’s lacerating tongue often lashes the Republicans (Maher once said, “Democrats have moved to the right and the right has moved into a mental hospital”), Democrats are never safe either. On one episode, Maher said, “If a Democrat even thinks you’re calling him liberal he grabs an orange vest and a rifle and heads into the woods to kill something.” Maher’s bipartisan jibes, always with kernels of truth rather than baseless complaints, prove he’s a knowledgeable host.

Most viewers express relief at Maher’s ability to cut through the fluff that many other networks, like CNN, MSNBC and Fox News are entrenched in. Rather, HBO’s uncensored platform allows him to lead uncut discussions on the most polarizing topics. Lately, Maher has advocated primarily for climate change prevention.

At the start of “Real Time’s” 12th season, Maher launched Flip a District, a political action movement to oust a congressman or woman from a heavily gerrymandered district. Unsatisfied voters – mostly liberals in conservative districts – posted to Twitter why his or her representative deserved to lose in November’s midterm elections. The campaign purports to combat gerrymandering, or redistricting, one of the leading causes of incumbency turnover rates, regardless of a candidate’s productivity in Congress.

“Real Time’s” website will choose a representative from the #flipadistrict Twitter feed sometime in September. After, Maher’s team intends to scout the district, to learn about its candidate and people and to “flip” the district by ousting the incumbent. The response to Flip a District has been widespread. Frustrated voters across America took to Twitter, Facebook and Instagram to win Maher’s help during the midterm elections.

Bill Maher is the pundit for voters in search of meaningful debate and the comedian for viewers who enjoy social commentary. His program comes at you like a sledgehammer. It’s nothing like the wry satire of Jon Stewart or Stephen Colbert. Rather, he’s an uncensored outlet for the politically incorrect, a shameless crusader for progressivism and an unhinged Jon Stewart for the frustrated American.

View image in its original context