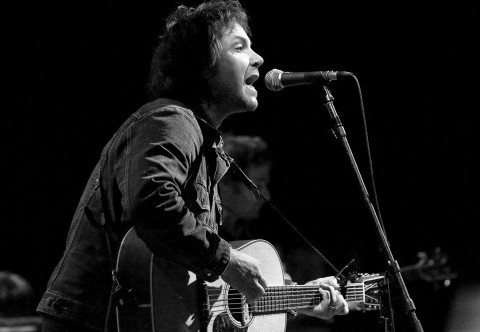 This Saturday night, Jeff Tweedy, the lead singer of Wilco, will hit the stage of the Calvin Theater in Northampton with his son Spencer. As Tweedy, a band titled for their shared last name, they will show off the electric musical chemistry they shared on their debut album “Sukierae” which was released on Sep. 23.

The band serves as an outlet for the elder Jeff Tweedy to explore previously unseen talents and to expand his already immense profile as a songwriter. His son, rather than giving his father’s songs an extra level of cozy domesticity, pushes the tracks to heights they may have not reached if Jeff Tweedy had recorded them either by himself or with Wilco.

Tweedy is a thrilling combination of youth and experience. While Jeff Tweedy is incredibly comfortable in his approach to the band’s songs after 25 years in music, Spencer Tweedy’s drumming is almost impatient. Whenever it seems that his father’s songs may be slowing their pace too much or becoming too complicit, Spencer Tweedy interjects a thrilling rhythmic statement that throws the song off its axis.

Although Spencer Tweedy is only 18 years old, his aspirations extend far beyond the band he has with his father. His drumming on soul legend Mavis Staples’ 2013 album “One True Vine” won him much admiration, with critics noting his extensive talents and abilities behind the drums despite his young age.

Jeff Tweedy’s musical resume more than speaks for itself. Before Tweedy or Wilco, Jeff Tweedy was a part of alternative country legend Uncle Tupelo with Jay Farrar and Mike Heidorn. Although they never achieved commercial success, Uncle Tupelo was enormously influential with albums like “No Depression” and “Anodyne,” easily establishing themselves as cult favorites. Even if Jeff Tweedy had never gone on to form Wilco, his reputation would have already been cemented. Around the ashes of Uncle Tupelo, a short-lived, but incredibly creative alternative country genre was formed, combining the angry energy of punk with the emotional songwriting of folk and Americana.

It was with Wilco, though, that Jeff Tweedy truly cemented his reputation as one of the most gifted songwriters of his generation. Wilco’s run of albums from 1996 to 2002, which saw the release of the double album “Being There,” “Summerteeth” and “Yankee Hotel Foxtrot,” was a streak of brilliance that few rock bands before or since have come close to emulating.

On those three records, Tweedy took the genre bending he had toyed with in Uncle Tupelo to its thrilling extreme. Fighting through both personal and professional troubles, Tweedy added to his already potent mix of folk, country and punk, elements of avant-garde and noise rock. Showing a clear evolution with each passing album, Wilco became one of the most critically acclaimed rock bands in America, and has remained so ever since.

The father-son collaboration on “Sukierae” was a prolific one, with Jeff Tweedy claiming he had 90 songs up his sleeve during the sessions. The 20 that eventually made up the record are a tantalizing exploration of the genres Jeff Tweedy has spent his entire career taking cues from, with fascinating interpretations and turns from his son.

Jeff Tweedy’s wife and Spencer Tweedy’s mom, Susan Tweedy, recently battled with non-hodgkin’s lymphoma. This casts a subtle but noticeable shadow on the songs and gives them an extra palpable tension. “Sukierae” is a fascinating document of an even more intriguing premise for a band – a rock star father and his teenage son, mostly recording by themselves. Sure it has happened before, but no father-son duo has ever produced a record that is close to this good.

You can come see this fascinating dynamic play out at the Calvin Theater this Saturday night. Tickets are either $39.50 or $49.50.