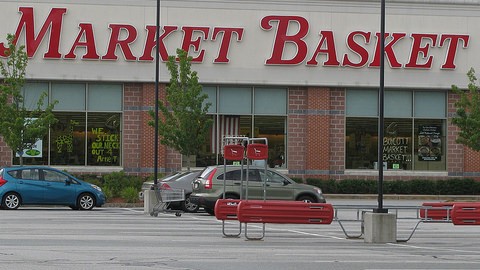 When Athanasios (Arthur) and Efrosini Demoulas opened a neighborhood grocery store in 1916, they could not have imagined it would tear their family apart or that its struggle to survive almost a century later would exemplify the power of American workers.

Last Thursday, Arthur S. Demoulas agreed to sell his 50.5 percent share of Market Basket – the now 71 store chain – to his cousin, rival and beloved Market Basket CEO Arthur T. Demoulas. Both grandchildren of the original Arthur and Efrosini, the two Demoulas have been locked in a power struggle for control of Market Basket for nearly 20 years, after Arthur T.’s father stole a majority of the company’s shares from the family of Arthur S. An early 1990s court settlement left Arthur S. and his allies with majority control.

While the family of Arthur S. controlled a majority share, his sister-in-law, Rafaela Evans, continued to vote with Arthur T. until this spring, keeping him in control of the company.

When Evans switched sides, the board of directors voted to oust CEO Arthur T. That’s when the trouble started.

Within hours, workers, both on the floor and in management, had stopped ordering and restocking stores and encouraged customers to boycott the store. Why would workers show such passion for their CEO? Because, even though Market Basket is renowned for its low prices, it pays workers good wages with benefits, invests them in a profit sharing plan and provides ample room for upward advancement.

So why would Arthur S. want to oust a successful CEO who is respected by the workers and creates an exceptional customer experience? There are two reasons: the first is familial animosity. The second? Profits.

Market Basket is a privately-held company, meaning its profits are split between a small group of family shareholders, like Arthur T., Arthur S. and Rafaela Evans. When prices are low and wages are high, profits are squeezed, which means less money flowing into shareholder pockets. When Arthur S. convinced Evans to switch her vote, part of his argument must have been that a new CEO could maximize profits by lowering compensation and/or raising prices.

Evans bought it. The workers didn’t.

Market Basket is a non-union shop. Its workers do not have the protection of a labor union or collective bargaining agreement. But what they did have was a CEO who ran a company on the principle of social responsibility. By providing good compensation, he created livelihoods for thousands of people. By providing low prices, he made it easier for penny-pinching Bay Staters to buy milk and bread. Shareholder capitalism, personified by Arthur S., thought that was a mistake.

Thomas Kochan wrote in the Boston Globe that Market Basket workers “asserted an implicit right of ‘ownership’ of what they believe to be their company.” There is awesome power when workers feel a sense of ownership over their corporation. Although they were not given a ballot, they voted for their boss. That sounds a lot like socialism to me.

Again and again in this country we are instilled with the idea that socialism is “bad,” clearly a vestige of Cold War propaganda campaigns. But socialism is not bad. In fact, socialism is what played out during this Market Basket standoff. Socialism means that workers help to select their leaders, no more and no less. It is not a government takeover of private business. It is not President Barack Obama riding an undead steed to murder your grandmother. It is when workers help to select their leaders.

This shows us that, even behind the propaganda, both workers and consumers fundamentally believe in the tenets of socialism. Socialism helps to give corporations a sense of social responsibility, represented by Arthur T.’s management style. Most workers and firms are not lucky enough to have a CEO raised by his family with an innate sense of social responsibility. In fact, we can see from Arthur S. that corporate decision-making is more often based on profit motive.

“Words cannot express how much I appreciate each and every one of you,” Arthur T. said at his press conference announcing the purchase of his cousins’ shares. “We are equal. Everyone here has a purpose. … No one person is better or more important than another.”

“Respect and honor and dignity is a way of life,” Arthur T. concluded. “In this organization … everyone is special.”

I guess that’s what it was really about all along.