No better app for the weekend than ‘Sobrio’ 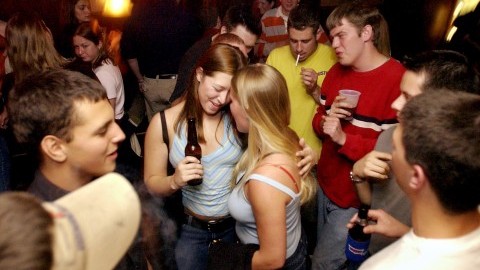 Imagine this: you drive to your friend’s house on a weekend night to hang out for a few hours and catch up. You don’t intend to drink that much because you know your limits, but it was a very stressful week and you want to let loose a bit. After a while you realize it’s getting late, or perhaps you are out of beer and decide a midnight pickup from a convenience store down the road sounds like a good idea.

You think you can handle the drive; after all you’re not that drunk. You’ll just drive slowly. You think you’re doing great until you get pulled over by a police cruiser. You are subjected to a sobriety test that you ultimately fail and are charged with driving a motor vehicle while under the influence.

You would not be alone in this scenario. According to Mothers Against Drunk Driving (MADD), over 1.2 million drivers were arrested in 2011 for driving under the influence of alcohol or narcotics, and an additional 29.1 million people admitted to driving under the influence of alcohol in 2012. That same year, 35 percent of all traffic related deaths were caused by drinking and driving.

This is where “Sobrio” comes into play.

Launched in 2012, “Sobrio” is a community-based app available for both iPhone and Android that matches sober student drivers with students who have been drinking and need a ride. With popular driving apps life “Lyft” and “Uber” still unavailable in the Amherst area, “Sobrio” is the perfect app to bridge the gap. It is currently available on seven college campuses, including the University of Massachusetts.

“Sobrio” began at the University of Connecticut by Tom Bachant and Nadav Ullman, along with Android developers Ben Bartholomew, Mike Magnoli and front-end web developer Dave Mittelman. Students at the time, they saw first hand an unfortunate pattern of students driving under the influence despite sober students offering rides.

“Sobrio” is a simple, user-friendly way to find sober drivers by entering your location, destination and number of passengers. The request is sent to every driver at your school and when your offer is accepted, you receive an alert. A credit or debit card can be used to pay a donation for the driver if he or she requests one.

Before one becomes an official “Sobrio” driver, candidates must go through a background check for information including proper car insurance, a valid license and no criminal activity. Both passengers and drivers can establish profiles with their name, profile picture and a list of past rides with reviews from past experiences. And if you don’t want to accept a ride from someone with a bad review, you’re allowed to decline.

So the next time you plan to go out drinking and you know you don’t want to walk all the way home (after all the weather is only going to get colder), then downloading “Sobrio” is the perfect choice. No more jotting down cab companies or hoping someone is sober enough to drive, and no more pinching pennies to afford a cab. Best of all, you can sleep safe knowing you and your friends won’t getting a DUI tonight, or worse.

Emma Sandler can be reached at [email protected]