Pita Pockets: Cooking from the heart 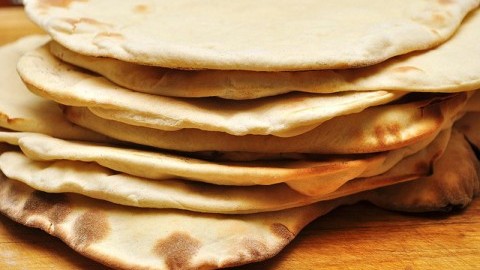 A restaurant can offer numerous draws, such as a quick meal on the go or a place to meet friends and enjoy delicious food.

“We cook from the heart. We want every single person who walks in to leave happier,” said Yussef Khabot, who owns and operates the store with his uncle, mother and father.

The second a customer walks in, he or she is greeted with a friendly welcome and a huge infectious grin from Khabot or his uncle. While they wait in line, customers are usually offered free falafel and hummus.

“I think eating is a lot more fun than just looking around, so I like to give the customer a sample,” he said.

And this warmheartedness isn’t lost on customers.

“They’re really so friendly,” said Charlotte Rogg, a senior finance major at the University of Massachusetts. “They always seem so happy to see you.”

While Pita Pockets’ friendly atmosphere is a draw, that’s not the only thing that brings customers back. Looking at online reviews shows the food is just as good as the service. The restaurant’s Yelp page has dozens of reviews saying things along the lines of “…best falafel I’ve ever had.”

“Every country has its own type of falafel: There’s Lebanese falafel, Israeli falafel … they’re all different, and here we serve the best traditional Syrian falafel,” Khabot said.

“Pita Pockets’ falafel is my favorite in the [Pioneer] Valley,” she said. “It’s so crunchy and delicious.”

“We want our food to be cheap, fresh and tasty,” Khabot said. “We’re really trying to give people something different. I was driving around with my uncle and we see all these pizza places, but nothing traditional, so we decided to open a place with delicious food from home.”

Home for Khabot and his family is near Aleppo, Syria, and although the move from to Aleppo to Amherst was a big one, Khabot said he and his family feel right at home in a kitchen.

“Back in Syria, my family had many, many restaurants,” he said.

Ben Zifkin can be reached at [email protected]