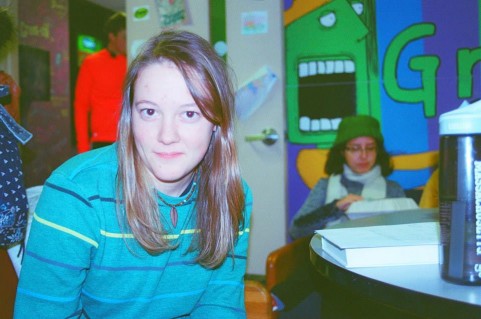 Hannah Frilot liked helping people; friends, strangers, a casual acquaintance. She was a true leader, both passionate and kind. Frilot was a happy person who wanted those around her to be happy too. Quite simply, she was a good friend. And those close to her describe that as her biggest impact on the University of Massachusetts.

“Hannah always walked into a room with something nice to say, a hug to give or a smile on her face,” he added. “She was a happy person and she exuded that happiness onto everyone around her. That happiness was also combined with drive and motivation. If we made a plan, she always wanted to execute on it. She was a leader both as a friend and as a student. But that leadership wasn’t arrogant. She was a leader that you follow for the right reasons, because you trust her.”

On July 31, Hannah Frilot died after being hit by a car while walking along North East Street in Amherst. Frilot was about to start her senior year at UMass studying industrial engineering.

Frilot dedicated much of her time on campus to the UMass Pride Alliance of which she was treasurer. Kelsey Pratto, a recent UMass graduate, was secretary of the group last year and said that when the first treasurer quit mid-semester, “We couldn’t just ask anyone to step in so we asked Hannah and she took it on full steam ahead.”

“There were many Pride Alliance meetings that would have [failed] without her,” Pratto said. “Hannah was just there all the time. Just so enthusiastic, being there, doing anything for Pride.”

“Hannah was the person to go to when you were stressed out or frustrated,” said Kailin Scheer, a senior studying sociology and president of UMass Pride Alliance. “She always took the reins, said ‘we can figure this out,’ and calmed everyone down. She really pulled through for us.”

Gregg Kemper, Frilot’s supervisor at her internship with Yankee Candle, said it was those qualities that set her apart.

“I think what really made Hannah an impressive person was her ability to make an instant and sincere connection with the people she was working with,” he said. “Through those personal relationships, she brought a sense of credibility and fairness to her projects to which everyone responded in a positive way.”

“She brought life with her when she came into work. She was always excited about something or just had something to share with us. Whether it was a movement or song; Hannah was always invested in something.”

“Hannah had the best vibes,” Felder said. “I remember the first time I saw her. Those eyes, that disposition and approachability. I immediately knew this was a person I could talk to and love and be around all the time.”

Frilot also loved music and played her guitar and sang whenever she got the chance, particularly covers of her favorite band, the Front Bottoms.

“At every open mic or when we were just hanging out, she’d grab the guitar and start entertaining everyone,” Scheer said. “And that’s how I like to think of her, just jamming out.”

“We spent many nights in the Greeno Sub Shop, surrounded by our closest friends,” said senior Daniel DeLucia. “It was one of her favorite spots on campus; she loved contributing to their open mics and having Hallie McGuire make her wraps.”

In terms of what Hannah loved about UMass, friends say it was the people. According to Bears, she appreciated “how real UMass students are and how many great friends and passionate people live in our community.”

The loss of her energy will be felt throughout the campus community.

“Our close friends at UMass number in the hundreds,” Bears said.

He added that, Frilot’s biggest impact is being a “wonderful friend.”

“In her short time on campus, she made so many people feel happy, brought so many groups of people together and facilitated more friendships than I can count. She became friends with almost everyone she met. Her magnetism drew people towards her, and through that, drew people together. The outpouring of support from our close friends was amazing… She was loved because she always gave love. We will all miss that.”