The fall’s most intriguing new sounds 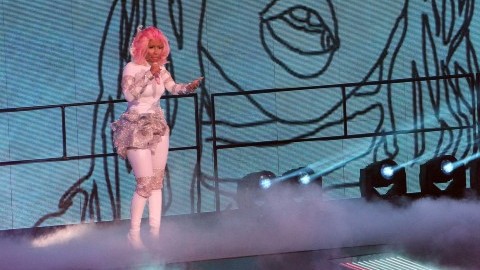 While students have been busy moving in, musicians across a myriad of genres have been finishing up the final touches on their new records.
Beginning on the mainstream side of things, Chris Brown’s long-postponed sixth studio album, “X,” is set to be released Sept. 16. The album boasts a long and impressive list of guests, including Kendrick Lamar, Rick Ross and Ariana Grande. “X” has been in the works for two years, with a lapse in productivity due to Brown’s various legal issues. The album features notable tracks such as “Put It Up,” an eyebrow-raising, tabloid rumor-inducing collaboration with Brown’s ex-girlfriend Rihanna.

Sept. 16 is a popular release date for much of the music industry, with new releases from hip-hop veteran 50 Cent, Train and country star Tim McGraw all slated to drop that day.

McGraw is looking to build on the success he experienced with his hit, “Meanwhile Back at Mama’s,” with his new album, “Sundown Heaven Town.”

In rock, Foo Fighters are slated to return to the scene with their eighth album, “Sonic Highways.” It will be accompanied by an HBO miniseries of the same name about the making of the album. The album’s release date is set for Nov. 10, while the television miniseries will premiere Oct. 17.

Pop superstar Nicki Minaj has guaranteed the release of a new record by the end of the year called “The Pink Print,” a name inspired by Jay-Z’s iconic trilogy, “The Blueprint.” In mid-August, Minaj caused a media frenzy with the release of the music video to her new single, “Anaconda.” The video has been viewed almost 140 million on YouTube times since it was posted Aug. 19.

From recent interviews, it would seem that rap icon Kanye West is looking to follow up his show-stopping, highly acclaimed 2013 album, “Yeezus,” with another by the end of the year. West likes to call himself a “pendulum,” an artist who changes his sound with every album, so it is likely that if West does deliver on his promise, listeners will experience a new side of West’s talents yet again.

In an interview with Complex Magazine, West Coast rapper Kendrick Lamar also hinted at a new album. Two years after catapulting himself into the upper echelon of rap with his critically and commercially successful album, “Good Kid, M.A.A.D City,” Lamar said he had over three dozen songs in the works. After such a wait, Lamar could be poised to surprise the music industry, just as he did two years ago.