Too good for the charts 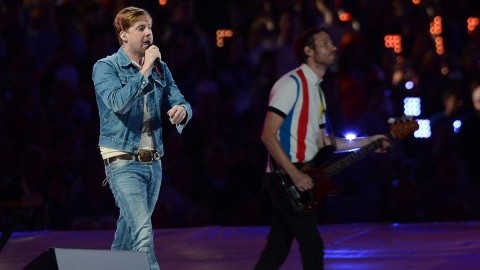 Mainstream music has thrived this year as songs that emanate pop, rhythm and blues and Electronic Dance Music (EDM) have continuously looped on the radio. The music industry is reliant on the popular vote, but that can mean many brilliant artists fall under the radar. Even though it may take a little maneuvering to discover them, many are incredible and well worth listening to.

Quite a few groups have stood out so far this year in indie and alternative rock. First up is the album “Education, Education, Education and War” from the British rock band Kaiser Chiefs. Released in March, this record has elements of pop punk, rock and new wave. The sound is similar to the Arctic Monkeys, Franz Ferdinand or The Kooks.

Next up is the EP “Friends Like You” by California-based band, 20 Eyes. This album is insanely fun to dance to and has great variation in the style between each of its songs (possibly due to its diverse influences of rap, 1980s pop, pop punk and rock.)

Another standout is an all-female garage punk band from Atlanta called The Coathangers. It has interesting melodies and a captivating dissonance to their music.

From Chicago comes The Orwells with “Disgraceland.” With influences varying from jazz, swing, rock, blues and folk, its music has a speakeasy vibe to it making it catchy and fun to rock out to.

For a more soothing sound, check out Damien Jurado’s album “Brothers and Sisters of the Eternal Son.” With smooth lyrics and calming tones, this record has a beautiful and ethereal quality.

Folk fans should look no further than Lost in the Trees, an orchestral group from North Carolina that has great layers of instruments and vocals which give its music a wonderful tune and great harmony.

My number one pick of the year is the album “Blue Film” created by the classically trained artist Lo-Fang. His higher vocal register and diverse instrumental use gives the songs a unique tone that is almost completely balanced in its feminine and masculine tones.

Moving out of the indie world of music and into the digital is Arizona pop-electronica up-and-comer Luna Aura. Her debut EP “Radio” was released this summer and she has a dynamic quality and originality that makes “Radio” a necessity in any music collection.

Although a veteran to the music world, German disc jockey Tensnake’s new album “Glow” is intriguing and well-composed. This record has heavy disco and R&B influences in it which gives it a great upbeat tone. For a serene album to go in the background of any event, Tychos’ “Awake” is a soothing record with a great melody and ambient tone.

Jazz lovers should seek out BadBadNotGood, a jazz-fusion group from Toronto who released the album “iii” this year. With rap and blues influences this album is extremely well done and a blast to listen to.

The last artist that stood out presents an interesting mix of rap, electronica, rock and hip-hop in his album “High End Times.” Brenmar is still relatively new to the music world, but this record makes me excited for his future in the industry.

While this article barely skims the pool of underappreciated artists and albums of the year, it’s a great place to start. Take a listen to these wonderful musicians and continue to branch out from the top charts. You may like what you find.

Adria Kelly can be reached at [email protected]