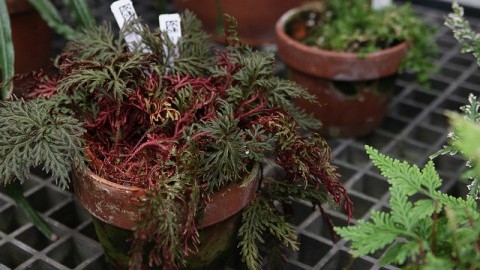 In the latest of several high-profile donations, the University of Massachusetts recently accepted a major donation, valued at $1.4 million, from the Monsanto Company.

The donation, called a “Bio-foundry” by the University, includes a library of tissues and plant cells from 3,500 plant species, as well as the relevant equipment needed to work with it, according to James Capistran, executive director of the UMass Innovation Institute.

The tissue and cell samples were collected by Galileo Pharmaceuticals, Inc., a research partner of Monsanto, over a number of years. Monsanto planned to use the materials for research and development of new products in agriculture, human health, flavorings, fragrances and therapeutic agents, among other potential applications, but this research did not pan out as expected.

“These materials require a lot of effort and expense to maintain, and (Monsanto) was only tapping into about one to two percent of what they had,” said Capistran, who worked for Monsanto in the Advanced Performance Materials division for 10 years. “They were looking for an academic partner in their research. They started talking with UMass after seeing how much research we do in the biology of plants.”

None of the samples included in the library come from genetically modified organisms, according to Sekhar Boddupalli, Monsanto’s Research and Development lead.

The methods used to develop new products from these samples will be limited to natural experimentation, including exposing the samples to specific temperatures, environments and stress levels to measure and exploit their natural chemical responses, as well as selective breeding.

“We’re trying to understand how plants work, how and why a plant does what it does when exposed to certain conditions,” Capistran said. “If we can do that, we can look for new products, like fragrances and therapeutics, which may not yet have been found.”

Undergraduate, graduate and post-graduate researchers will assist faculty in the research associated with this cell library in years to come, in what Boddupalli described as UMass’ upcoming “plant innovation center.”

Although restrictions on patenting natural and living products limit the opportunity for students to patent their discoveries, scientific processes themselves can be patented by those who discover them. According to Capistran, researchers who discover specific methods of modifying the samples to produce a desired product may be able to patent that process.

Boddupalli stressed Monsanto has “no control over what UMass does with these samples,” and that the donation was given for nothing in exchange from the University.

“We have partnerships with many universities,” Boddupalli said. “For example, researchers at the University of Florida are currently working with us on tomatoes. We also partner with several non-profit organizations, including the Gates Foundation.”

Maintaining the samples will be a lengthy and costly project, according to Capistran. Approximately two-thirds of the cell and tissue samples are alive and require specific environments to survive. The remainder came frozen, a method of preservation for future research. Researchers at UMass plan to begin cryogenically preserving most of the living samples in the donated cell library for this purpose.

The project’s initial funding comes from a $150,000 grant from the UMass President’s Office’s Science and Technology fund. Steven Goodwin, dean of the College of Natural Sciences, has committed technicians to work on the samples for the first two years. Researchers involved in the project have also submitted requests for grants from the National Science Foundation to fund further research with these materials.

Further funding may also be provided by industry donors, including corporations and researchers who wish to work with UMass researchers on the samples to produce specific consumer products. According to Capistran, several corporations have already begun contacting UMass, as well as Monsanto, to express interest in funding specific avenues of research, although he declined to name specific interested parties.

“We do lots of industrial research for industry partners already, and we plan to do more in the future,” Capistran said. “When this university began in 1863 as the Massachusetts Agricultural College, 90 percent of our research was done for companies. If we can take this research and do something useful and profitable, we consider that a good thing.”

The Monsanto Company is an American multinational corporation well known for producing herbicide products like Roundup and Agent Orange, the latter of which was used with much controversy in the Vietnam War. Monsanto was also a forerunner in the creation of genetically modified plants.

“If a faculty member is interested in researching a specific (plant) species, they may have to go and find that sample, which can sometimes.be difficult and time-consuming,” Capistran said. “Trying to work on a whole family of plants is even harder. Having so many species catalogued will make seeing relations between different species much simpler.”

Conor Snell can be reached at [email protected] and followed on Twitter @snellofsuccess.

Correction 10:41 a.m.: An earlier version of this story named the dean of the College of Natural Sciences as Dean Goodwin. His name is Steven Goodwin.