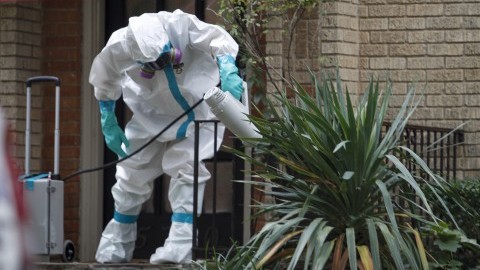 With the confirmed case count about to break 6,000 and the unconfirmed count over 10,000, Ebola’s grip on West Africa is undoubtedly the most dire public health crisis the world has seen this decade. Though many nations have pledged support, their focus has been on protecting their own borders rather than stopping the outbreak at its source. This is largely because the effects of the chaos caused by Ebola have gone unreported. Most devastating is the impact fear has had on the economies of Liberia, Sierra Leone and Guinea.

In October’s Gallup poll on biggest issues for Americans, Ebola made its debut as the 10th largest problem facing the country with five percent of the vote. By comparison, the economy, which has consistently topped the list in recent years, is first with 17 percent of respondents citing it as a primary concern. Though Ebola has been ravaging Guinea since December, it has gained significant attention in the U.S. due to the four recently confirmed cases. What Americans have failed to understand is that the two issues are interconnected. If there is fear of disease, trade, investment and domestic production are all greatly affected.

While the global economy was already imperiled at the end of 2013, the economies of West Africa were developing at a relatively rapid rate. Sierra Leone and Liberia ranked among the top 10 highest growth rates for the year, with the former in second place. The forecasted growth in 2014 for Sierra Leone’s economy was 11.5 percent. Now, the country will be lucky if it can achieve half that amount.

Because these economies are still in the developing stage, a poor reputation can spell disaster for their governments, due to the fact that the three nations are dependent on foreign investment in order to fund their economic expansion. If investors don’t foresee their projects coming to fruition on time, their money will disappear and leave the countries out of capital. Without foreign led growth, the already unstable governments will lose key revenue and have to borrow, further hurting their financial integrity. This is particularly worrisome for the Guineans, as foreign mining projects employ a large portion of their population.

The base of the Sierra Leonean and Liberian economies is agriculture. Ebola has done more damage here than any other sector, save tourism. The border closures and traffic checkpoints are destroying farmer’s abilities to get their products to market. In turn, this is causing food shortages and rising prices. Because of these changes, people living on the edge of poverty, who are already at greatest risk of contracting Ebola, will be forced to put themselves at additional risk just to survive.

Aside from the humanitarian perspective, why is this an issue for all Americans? America is dependent on developing countries in order to improve its own economy. By improving the livelihood of West Africans, American businesses can sell more products overseas and create domestic jobs. Furthermore, travel restrictions only pose to hurt American tourism and trade. If Americans hold their economy paramount to all other issues, policy makers need to protect the nation’s investments to create opportunities for growth in the future. Americans need to realize that there is more to the world than just what happens within our borders. The issues that are crippling the globe also cripple the United States.

By putting action off until it’s at our doorstep, we only make things worse for ourselves.