‘Kissability’ is a compilation of the experiences of those with disabilities in areas of love, sex and relationships 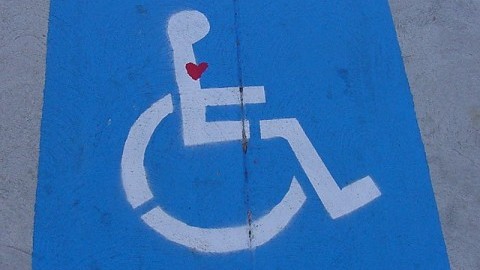 Katherine Duke, 24, is proud of what she’s accomplished and overcome in her life, especially considering she was born with cerebral palsy. She received her undergraduate degree in English from Amherst College and her master’s from Lancaster University in creative writing.

But unfortunately for Duke, her love life did not match up with the rest of her success.

She confided all the struggles she was facing in her love life, or lack thereof, with a fellow member and friend in the National Theater Workshop of the Handicapped (NTWH). Duke found comfort in her friend’s ability to relate to the difficulties of relationships, love and sex with the added complications of having a disability. She was simultaneously struck with a curiosity in others that might be able to empathize with these problems. Drawing on her passion for writing and her theater background, she came up with the idea to create a survey of questions to share with the disabled community. This survey and its responses eventually became the book, “Kissability: People with Disabilities Talk About Sex, Love, and Relationships.”

In 2007, she posted the survey to Facebook and various disability organization sites. Duke said that, initially, sending out the survey was “nerve-wracking” and “a big risk,” but it ended up working out even better than she hoped. The survey was lengthy and asked for very personal information, all focusing on the topics of love, sex and relationships. Over the next four years, she received responses from forty people. Respondents came from four different countries, with diverse socio-economic backgrounds, sexual orientations, mental and physical disabilities, ranging in age from sixteen to sixty. To maintain the privacy of the respondents, all of their names were changed.

Duke arranged the answers in the book by grouping the response in relation to a specific topic. She said that the responses were mindfully placed in their sequence. Some were logical and brief intermittent responses, so blunt with a rawness that illuminated the elaborate and thoughtful ones that came after.

For instance, one of the responders who went by the name of William cynically describes his views on his lifestyle of solitude, which he attributes to his condition of spina bifida. When Duke initially read his response, she said, “It was like he was almost daring me to reject them or be offended by what he said.” Some of the comments from William included his opinion of the Kissability project being “too ambitious” and called for Duke to “tone it down.” Contrary to his opinion on her work, Duke found William very intelligent, mature for his young age and worthy of a whole chapter, which is entitled “Too F***ing Bad”.

Another responder, identified as Djami, juxtaposed his artful language with the description of some very traumatic events . Blown away, Duke wrote a prose poem inspired by some of his answers, as she was keen on making use of all the material she was given to work with. The other poem in the book is from the responder Chloe, whom Duke could relate to as they were both born with cerebral palsy. Chloe also put together her own compilation of work about disabilities, which Duke contributed to.

Collaborative efforts like Duke’s and Chloe’s can be regarded as learning experiences. The voices and stories shared from people within the highly untapped community of those with disabilities is what will slowly break down the misconceptions and stereotypes that society subjects them to. Duke however, says her main goal was “not to defy stereotypes but to highlight the importance of people finding connections, support, validation and a place to express their feelings within a community that is inclusive to them.”

Duke acknowledges the exclusiveness of this book; only reporting on the lives of forty people to represent an exponentially larger population is not completely accurate. It’s also necessary to take into account that eighty percent of the disabled population resides in the developing world, where computer access is less common, as is proficiency in English, which were the only ways to access her survey. Duke says she would ultimately, “love to see someone read it, take it and run and make it bigger and better.”

Throughout the entire process of creating this book, Duke remains ambivalent in her choices as a natural side effect of her genuinely caring personality and humble character. At first, she was very reluctant to, as she puts it, “come out.” This book unintentionally labels her as a disability writer, and she had previously remained detached from her disability.

Currently a writer and editor at Amherst College working in the communications department, she does not want her future writing to be limited to the topic of disability and has no follow-up in the works nor any future plans for the book besides promoting it. In the coming weeks it will be made available on Amazon and Ebook with the hope that eventually other mediums such as audio book and Braille will also host it.

View image in its original context