The anatomy of a horror game 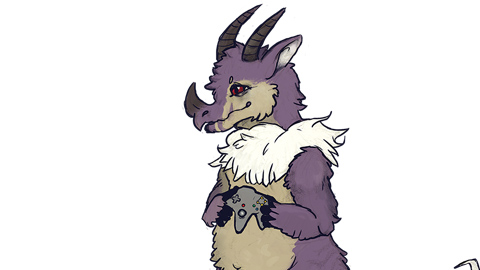 It was late on a Thursday night, a friend of mine had joked that she wanted to play “P.T.” and the rest of my friends were equally interested. Despite my pleas against it, I reluctantly reinstalled the interactive teaser for the new “Silent Hills” game on my PlayStation 4. My friend looked baffled when I handed her the controller, insisting that she couldn’t get the true experience otherwise, and then it began. For the first few minutes everyone was excitedly picking apart the small details in the hallway of the game, as the pitter pater of rain and the static of a haunting radio report filled the atmosphere. Then, we went through the door at the end of the hall only to loop back to the beginning.

Dread began to fill our group as every loop the room took got darker and more twisted. A baby’s cry could be heard from the bathroom as the door ominously slid open and my friend reluctantly peered inside. Terror struck as the door slammed shut and we had to loop yet again, slowly piecing together what we were meant to do. The radio announcer warned us not to touch the dial, not to look back, and then the ghost, Lisa, came. In the flash of an eye, the ghostly apparition struck the main character sending a shockwave of screams throughout the group. And then we were back at the beginning of the loop. Paranoia seeped into our hearts, as we fought against continuing, the controller being passed from those petrified with fear to those brave enough to persist. Dread, terror, paranoia – this was “P.T.” and it exemplified the three elements that make up a truly great horror game.

Dread is easily the most pronounced element in horror games. Dread is defined by the feeling a player gets when they know they have to progress but they’re too scared to. Whether they’re low on ammo, or maybe they know a jump scare is coming, it’s the feeling that makes a player cringe when they have to peak out of hiding or open the next door. An early example of this is “Resident Evil.” Be it the panicked feeling you get while walking down a hall, with only a handful of bullets and little health, unsure if a zombie will come crashing through the window and ruin your progress, or simply the ominous moans of a distant enemy as the game’s haunting soundtrack echoes in its simplistic dissonance, dread can be found in every piece of this game.

A more recent example would be the atmospheric and chilling “Alien: Isolation.” Much like the film “Alien,” “Alien: Isolation” chooses to build a slow and looming sense of unease instead of outright shock. As the player travels through a derelict space station, they must pass through claustrophobic vents. These vents restrict movement speed to a literal crawl and make the player fearful, as they must pass through the titular alien’s passage of choice, where it could snatch you up at any moment. Yet easily the best example of dread in this game is when the player finally acquires the motion tracker, whose ominous pings heightens the mood and create an impending sense of dread as each pulse could mean the alien has appeared.

Then there is terror, the staple of horror games, the jump scares. Terror, is in many ways dependent on the buildup of dread prior to the scare, and is demonstrated nowhere better than in “Outlast.” “Outlast” is a game that keeps a vicious cycle of terror and dread going as the player must navigate through an asylum gone mad. In only the first 20 minutes of the game, the player is greeted by a slow ascent to try to break into the asylum, before the dread fills to a climax as they enter a room with severed heads strewn about. As the player scans the room with only the night vision of a video camera to guide their way, the game’s first jump scare shocks the player as one of the seemingly dead bodies moans for help. Soon after, the player begins to slide through a narrow passage way, their mind reeling with thoughts and worries, yet another instance of terror appears as they are ripped from this passage and thrown through a wall by a monster. This phenomenon can also be seen in classics like “Amnesia,” where the terror can last entire corridors, as the player frantically runs from unknown enemies or attempts to solve a puzzle with a monster close behind.

Finally there is paranoia, the horror that goes beyond the game itself and can instill fear in the player even after the game is turned off. Games like the “Fatal Frame” franchise or the “Condemned” series that create a uniquely realistic atmosphere and constantly make the player glance over their shoulder. Games like the earlier “Silent Hills” or the petrifying “Cry of Fear” use distinct audio design to unsettle the player and make them question their safety. A truly memorable example is “Eternal Darkness,” a game which literally breaks the fourth wall, tearing the screen or telling the player their save file has been corrupted, even making it appear that the volume is being turned down by some unknown force.

These elements can be found in all horror games, although some choose only to focus on one. Games like “Five Nights at Freddy’s” that profiteer off jump scares or “Slender” which gives a constant and never-ending sense of dread are great. But little can compare to masterpieces like “P.T.” which seamlessly blend all three into one of the greatest horror experiences in gaming. So if you’re looking for a few scares this Halloween, you can always turn to the wealth of strong horror experiences gaming has to offer.
Alessandro Arena-DeRosa can be reached at [email protected]