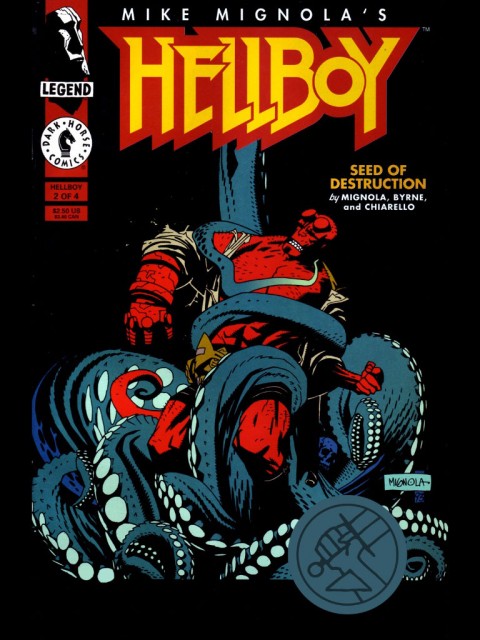 Publishers strayed from the superhero comic norm and experimented with the dark side of comics. Captain America was quickly surpassed by horror titles such as “Frankenstein.” Fol-lowing massive success, the horror comic industry boomed around 1950 with some of the best horror titles America has seen. Collectors and casual readers cowered in fear from “Tales from the Crypt,” “Witchcraft,” “The Thing,” and countless others. Unfortunately, this brief period of success was quickly undermined by public criticism that led to the creation of the policing agency known as the Association of Comics Magazine Publisher. The ACMP in conjunction with the Comics Code Authority effectively destroyed the horror genre in comics.

1971 saved the horror genre. The Comics Code Authority relaxed their rules and gave birth to the modern horror series. The 21st century gave birth to a resurgence of horror titles. Tracing its roots to Robert Kirkman’s first issue of “The Walking Dead” in 2003, there has been a surplus of horror titles in the past ten years. However, most of the titles that come to mind when we think of horror titles are known for destroying the wallet. Issue one of “The Walking Dead” is on sale currently for $3,600 dollars. The price of entering the horror realm tends to scare readers off. The mainstream titles of “The Walking Dead,” “Thirty Days of Night,” “Hellboy” and “Judge Dredd” are all fantastic series but impossible to read without shelling out half, or all, of your bank account. Fortunately, lurking in the shadows of “The Walking Dead” are fantastic horror series that will leave you sleepless but not penniless.

Following in the footsteps of Kirkman’s revitalization of the zombie genre, Avatar Press created one of the most grotesque and disturbing comics titled “Crossed” in 2008. The world is threatened by a plague encourages the infected to carry out horrific tasks such as murder among other things. As the disease is spread by the “Crossed” who still possess a basic level of human intelligence enabling them to wield weapons and set traps, mankind quickly becomes endan-gered. This series promotes gore and capitalizes off of shock and leaves the reader eternally terri-fied of what humans are truly capable of. This ten part series can easily be found on eBay gener-ally for a relatively affordable cost of approximately ten dollars an issue or sixty dollars of the entire series.

Avatar Press viewed the wild critical success of “Crossed” and attempted another title in the horror genre. “Neonomicon” was published in 2010 and received even better critical reception than “Crossed”. Straying away from blood and gore of Avatar’s last series, “Neonomicon” instead attempts to enter the psychological realm of horror. A comic that plays tricks on the mind is a difficult line to ride, but Avatar clearly has a knack for horror. Due to the low cost of this series, $9 for the entire four issues, this is a must read for all lovers of not sleeping.

Image Comics proved that in 2011 that “The Walking Dead” would not be their only suc-cessful horror title. Set in 1916, “Severed” follows a young boy who runs away from home only to find the horrors waiting for him on the road. The horror in this case is a man haunting the road with a thirst for blood. The real world feel established in “Severed” adds a different element of fear that leaves the series with the reader for far longer than they bargain for. The dark story is complimented by haunting artwork that remains in the reader’s minds eye for an unpleasant amount of time. Even with fantastic reception from critics and fans alike, the full seven part se-ries of “Severed” sells for around ten dollars.

Over the past few months Image Comics and Avatar Press have looked to recreate their successes in the horror genre with brand new ongoing titles. Image Comics has given birth to the critically acclaimed new Kirkman series “Outcast” focusing on demon possession that is currently only at issue four. Image Comics has also created the zombie thrillers “Spread” and “Goners.” However, Image Comics best current horror series is “Wythces.” “Wytches” combines traditional blood and gore horror with a more secretive and disturbing element that forces the reader to view the comic between the cracks in your fingers as you try to look away but simply cannot. With only one issue out, “Wythces” is an incredibly easy and affordable horror series to get involved with.

Recently horror comics have made a resurgence, mainly due to mainstream titles like Robert Kirkman’s “The Walking Dead.” While mainstream titles have fantastic stories and thrill factors, they are simply too expensive to collect currently. Lesser-known finished series such as “Crossed,” “Severed” and “Neonomicon” and current horror series like “Spread,” “Wythces,” “Goners” and “Outcast” will provide readers with the same feeling of horror as a mainstream title but for a fraction of the cost.