‘The Good Wife’ returns as strong as ever 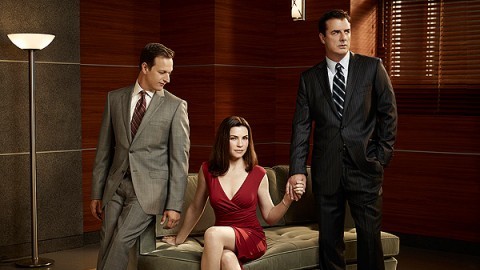 Editor’s note: The following review contains spoilers for the fifth season of “The Good Wife.”

Last season, “The Good Wife” went through two huge transformations. Prior to season five, the show was an above average courtroom procedural. However, the show achieved greatness at the start of season five by introducing a storyline in which Alicia Florrick (Julianna Margulies) and Cary Agos (Matt Czuchry) leave Lockhart/Gardner in order to start their own firm. The first half of the season was therefore focused less on each episode’s case of the week and more on Alicia and Cary butting heads with Diane Lockhart (Christine Baranski) and Will Gardner (Josh Charles). The result of this new dynamic was a magnificent blend of suspense, drama and humor.

Robert and Michelle King, the creators and showrunners of “The Good Wife,” are notoriously fond of periodically overturning the show’s status quo. Not so surprising, then, that they open season six with yet another upheaval. Cary is arrested and thrown in jail, charged with aiding drug kingpin Lemond Bishop (Mike Colter) in the trafficking of over a million dollars’ worth of heroin. The beginning of the season concentrates on Cary’s hardships in prison as Alicia, Diane and Kalinda attempt to gather his bail money and assemble a defense. Meanwhile, Eli continues to pressure Alicia to run for State’s Attorney, an idea that Alicia vehemently states she wants nothing to do with.

Cary’s imprisonment establishes him as the emotional core of these early episodes of season six. Luckily, Czuchry is more than up for the task. Czuchry is a terrific actor who was underused in earlier seasons of this show. Here though, he shines. Cary is stripped of his dignity by the prison guards and violently assaulted by one of Bishop’s men. Because of Czuchry, the audience cannot help but sympathize with Cary, even though we can’t be sure of his innocence.

However, for all the success of Cary’s prison storyline, that of Alicia’s theoretical campaign is a bust. Alicia endlessly repeats, with all the conviction in the world, that she will not be running for state’s attorney. Obviously, we know that she’s going to run. That’s how TV shows work. When a potentially huge career move for a major character is introduced, and that character spends two or three solid episodes heatedly stating their opposition toward said career move, we can assume that the character will ultimately take the job.

In general, that’s fine. But the story devices that the Kings use to get Alicia to a point where she agrees to run are simply ludicrous. Gloria Steinem shows up out of the blue to tell Alicia that she should run. The incumbent state’s attorney, who has always been portrayed as something of a scumbag, suddenly becomes the epitome of all things evil, motivating Alicia to run just to get him out of office.

Even amongst this drudgery, the performances are all top-notch. Margulies is great as usual, conveying Alicia’s inner turmoil while maintaining that signature stony faced Alicia Florrick look that she has cultivated over the years. Cumming’s portrayal of Eli Gold transcends the awful state’s attorney storyline that he is primarily involved with. Baranski does remarkable work with the scarce material she is given, preserving Diane’s regal elegance as she transitions from being a named partner at the uber-successful Lockhart/Gardner to a lesser partnership at Florrick/Agos.

Every season, “The Good Wife” adds to its huge roster of incredible recurring characters played by some of TV’s best character actors, and this season is no exception. Taye Diggs is very charismatic as an old friend of Diane’s who is convinced by Diane to join Florrick/Agos alongside her. John Ventimiglia, who portrayed Artie Bucco on “The Sopranos,” plays an apathetic detective involved in Cary’s arrest. Robert Sean Leonard, who you might remember as Dr. Wilson on “House, M.D.,” pops up in episode three as a Christian dispute mediator.

“The Good Wife” remains one of the best hour-long shows on network TV, if not the best. With largely sharp writing, wonderful performances and an ever expanding list of great recurring characters, it shows virtually no signs of old age. For a show going into its sixth season on a broadcast network, “The Good Wife” exceeds reasonable expectations and is excellent entertainment all around.

Eli Fine can be reached at [email protected]