#WrongDoor: Ethno-stress and racially charged attacks on the UMass campus 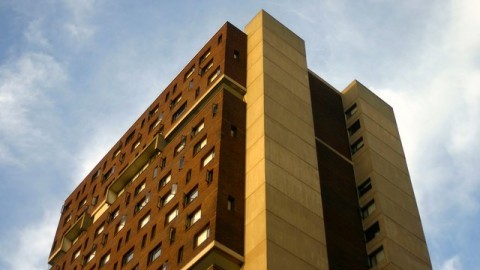 As James Baldwin said, “If I love you, I have to make you conscious of the things you don’t see.”

When I have the opportunity to speak with older brothers and sisters (many of whom were active in the civil rights movement after Brown versus Board of Education), I ask them about their views on compulsory school desegregation. The narrative, according to them, is that integration was one of the worst things for students of color in the United States.

I spoke to my great aunt Edna ad nauseam about this topic when I was younger. She reminisced about her elementary school days when her and my grandmother had to walk over three and a half miles (and past two white schools) to get to her one-room school.

It goes without saying that the “separate but equal” doctrine was inherently flawed in that Black schools were criminally underfunded and under-resourced compared to white schools. However, the qualitative data behind segregated schools is not always discussed.

My grandmother went into detail about her classroom environment – she frequently coordinated study and reading sessions with her classmates. Her teacher was attuned to her struggles in mathematics and tutored other students on Sundays after church. She provided my great aunt with higher-level books when she noticed her reading level was equivalent to that of a tenth grader’s. Her teacher had a rapport with my great-grandmother – they discussed her classroom performance in church, in the supermarket and even in their dining rooms. If my grandmother was not performing up to her potential, my great-grandmother was the first one to know. She even connected her to various professors at Spelman College to prepare her for the college application process.

So what happens when you remove the child from such a nurturing environment to one where the administration believes the melanin in your skin is an indicator of intellectual inferiority? Not only that, how does one navigate through a labyrinth composed of racial slurs and threats hurled at you by your alleged “peers”?

Before I lose anyone, I am not calling for a resegregation of public schools. However, it does not take a policy analyst to understand such hostility is not conducive to academic success.

We refer to such a phenomenon as ethno-stress – mental and social pressures students of color face while in predominately white spaces. Being one of eight Black students in lectures halls of 300 students is a direct example.

If that’s stressful, try to imagine how I felt when I walked back to my dorm and found this waiting for me.

Two days ago, this was waiting on my dorm door when I returned from Ferguson. This cowardly act of hate speech not only violated my space, but permeated the “harambee” community we have worked so hard to build.

This is where that ethnostress rears its ugly head. When situations such as these occur (slurs written on the wall, nooses hung on trees, etc.) it prevents students from focusing on academics as they should as paying students of the University. The self-awareness and hypervigilance is increased because it is a natural defense mechanism. However, when students of color act on the “fight or flight” response, we are stigmatized whenever we do either.

To be blunt, whoever did this messed with the wrong one. They went to the wrong door, the wrong floor and the wrong community. We will not stand for this ignorance on our campus and will hold the University and ourselves directly accountable to ensure the safety of Black students, students of color and the entire population.

The anger and confusion soon subsided as the community rallied around me and other colleagues who were also targeted over the weekend. Last night’s town hall meeting in Coolidge Hall proved that people are also fed up and are ready to mobilize. I implore all stakeholders with a vested interest in this situation to attend the Diversity Town Hall Meeting in Thompson Hall room 106 today, Thursday, from 4 p.m. to 5:30 p.m. This will be a place to ask questions to our administration about their plan to combat racism and increase diversity on campus.

It is my hope these unfortunate events snap the University out of the idea that we are so far removed from race.

Audre Lorde once said, “Your silence will not protect you.” Your ignorance will not either.

Josh Odam is a Collegian columnist. He can be reached at [email protected]