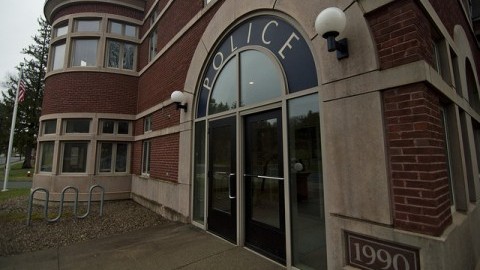 This is the third in a series of grants to fund the program. The first, awarded in 2010, was worth $174,000 and was used to fund the efforts of Ilana Gerjuoy , a civilian advocate for victims of domestic violence and sexual assault.

The second grant, worth $300,000, was awarded in 2012 to further fund Gerjuoy’s efforts, and allowed a second part-time civilian advocate to be hired.

This newest grant is meant to last three years instead of two, as the previous grants did, so a domestic violence special investigator’s position, held by Det. Janet Lopez, will be eliminated Nov. 28. Lopez will be reassigned to general investigation.

This newest grant will fund the two civilian advocates, both of whom are employees of the CWC. They will continue to provide services to victims of domestic violence for another three years. According to a press release, more than 350 survivors have been directly served by the civilian advocates since the program began. Furthermore, the grant has enabled 260 community and campus professions to receive training on issues such as stalking technology and survivors with disabilities.

Ian Cyr, UMPD deputy chief of operations, described the role of these advocates in cases of domestic violence.

“They bridge the gap between the victim, survivor and the police department,” Cyr said. The advocates benefit both the victims and the department by helping both to better understand each other.

Cyr explained that cases of domestic violence are “delicate and complex,” and that the civilian advocates can effectively explain the options available to the victims and help police officers better understand how to help the victims. They also act as a “common thread” between UMPD and the Amherst and Northampton Police Departments.

Money from the grant will also go toward training police officers who may have to handle cases of domestic violence.

Since 2010, almost 200 officers, between the three departments, have received training. According to Cyr, every member of UMPD has gone through courses focused on effectively understanding and handling domestic violence and sexual assault cases.

“Since 2010, all the officers in the police department have received yearly training,” Cyr said.

So far, Cyr said he thinks the program has been successful. He also emphasized the importance of the civilian advocates by saying, “A better understanding of domestic violence and sexual assault is imperative.”

When asked about future plans, Cyr said UMPD hopes to begin a relationship with the Center for the Study of Men and Masculinities to address the issue of domestic violence against men, as well. Statistically, women are the victims in domestic violence cases the majority of the time, but the problem isn’t exclusive.