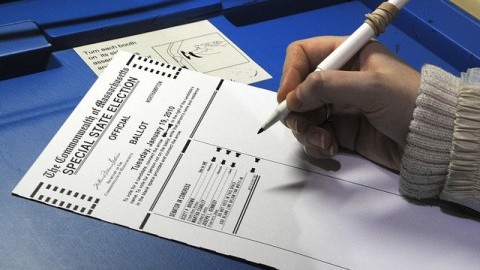 With elections happening Tuesday, it seems as good a time as any to discuss what it means to be political in the modern world. While advances in technology have allowed the public to access a truly impressive amount of data, our politicians haven’t exactly been bringing their A-game. If we as people have the ability to be more informed then why aren’t our representatives reflecting that?

Conflicts of interest within the government are easy to find via Google and a similar investigation will yield the many transgressions of our current Congress. Yet we struggle to find the slightest common ground with our peers as the nation lumbers along in a quagmire lacking bipartisanship, oblivious to the stark reality that most of our opinions occupy the same square inch of space on the global political spectrum.

For someone who is curious about climate change or national security, there is an army of journalists frothing at the mouth to catch even a second of your time. Granted, many of the articles on the Internet are either a hoax or part of the media sourcing website Upworthy or some bastardization of Upworthy that just wants your attention (and probably tears) for about four minutes.

But at the end of the day, the New York Times, BBC, CNN, Fox and others can be relied upon to give the bare bones of a situation along with whatever bias fits your fancy. Furthermore, you can go to govtrack.us where you’ll find an exact bill your representative voted on, along with all kinds of relevant data on what the bill entails.

Interested in international politics? The United Nations’ website, un.org, can give you many choices of primary sources and even simple explanations of our planet’s political infrastructure. So why does our Congress’ approval rating stand somewhere between eight and 12 percent? As tempting as it is to say that nobody votes, the fact is that such low approval ratings mean that even the people who are voting are not satisfied with the result.

So whose fault is it? Ours. At the end of the day we cannot claim to consistently disapprove of a government that only exists with our consent and blessing. We are a generation that is defined in terms of a terrorist attack and the Internet in scholarly articles and history books. The generation that raised us characterizes us in terms of our entitlement and all that we take for granted. Across the world, our generation has raised armies of activists and innumerable funds in the name of causes great and small, real and imagined.

To judge us by the resources at our disposal – the generation of 9/11 and the presence of the Internet should be the most powerful tools the world has ever known. To judge us by our actions – we have accomplished very little. In the United States, it is still laughable to vote for someone based on personal convictions instead of along party lines. In Egypt, where social media activism was lauded the most, militarism reigns supreme. One look at the news will tell you just how optimistic the international community is about the Hong Kong protests. The 24-hour news cycle keeps giving the Internet lip service as a powerful tool but never acknowledges the true implications of that power.

Citizens in the information age can’t afford to be uninformed anymore. The individual can be knowledgeable in a way which was impossible before because the individual no longer needs to memorize valuable information. It is time for us to all exercise the power which has defined our generation and become a check on politicians in our own right.

With the persistence of gridlock, it is clear to me that institutional checks and balances cannot function when all the members of that government refuse to work with one another. So go find out what your congressman stands for and see for yourself where the conflicts of interest are. Do not vote because someone on campus harassed you and told you that just because you can, you should. The people who voted because they can have chosen to vote and have chosen the path of incompetence in government by refusing to acknowledge the opposition.

If politics isn’t for you, then advocate for a type of government which doesn’t believe that man is intrinsically political (the U.S. assumes you care about politics). Otherwise, bow out. Tend to yourself and your family and exist as millions of apolitical people have before you under kings and dynasties.

As for the rest of us, the power of the Internet means the responsibility to fulfill due diligence. Vote because you’re informed, not because you can.