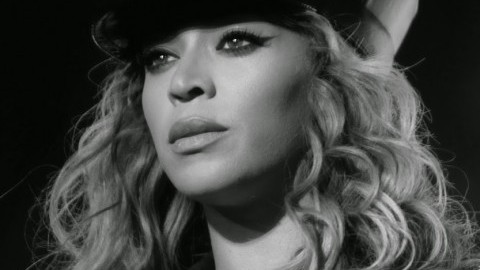 Maybe you’ve heard of the “Natural Hair Movement,” maybe you haven’t. If you’ve seen the movie “Mean Girls,” you may remember the scene when the fire alarm goes off, raining water onto the female students. A soaking black girl yells, “Oh, crap, my hair!”

Tina Fey, when writing the screenplay, made sure to tastefully examine many millennial high school demographics, including the girl whose world ended when her hair got wet.

For those who do not understand: when you chemically relax your hair, which the character did, it cannot be touched or get wet. This even includes exercising strenuously at certain times in the cycle of your salon schedule. Otherwise, the relaxed hair will be ruined.

So why are women putting themselves through such inconvenience?

Chris Rock’s 2009 documentary, “Good Hair,” revealed the culture that is apparent and altogether normal in the black community: black women are pressured to disguise their natural hair to conform to white ideals of beauty. Many black female sex icons in the media attend to this image, straightening their hair. They also typically have lighter skin, which is another story under the same non-post-racial America umbrella. Pop artists Beyoncé and Rihanna are examples: Whether or not their hair is naturally straight or light-colored, their image perpetuates oppression against black women that supports the growing argument of organized racism.

While Oprah Winfrey supports the Natural Hair Movement, some of the most powerful women in the United States, including Michelle Obama and Condoleezza Rice, do not wear their hair naturally but rather relaxed, smoother, and more akin to a white woman’s. Even Blue Ivy, Beyoncé and Jay-Z’s daughter, was ridiculed for her kinks.

It seems like a lose-lose situation. If you wear your hair natural, you are ridiculed. But if you do not wear it natural and relax it, it means no swimming, no routine cardio workout, no having your friends or significant other run their fingers through your hair. So is it worth it?

According to Tyra Banks on a segment of her popular talk show, 80 percent of all the revenue of hair products is from black women consumers, who make up only around 6 percent of the total United States population. Some spend tens of thousands of dollars on their hair over their lifetime. This does not account for the countless hours spent using the products.

Let this be clear: The movement does not ridicule those who choose to change their hair, coloring it an unnatural color or wearing a hairpiece like a wig, a weave or extensions. There is a difference between a woman who wants to chemically alter their hair and dye it an unnatural color because she wants to and a woman who feels the need to dye their hair unnaturally blonde because they are taught through a series of life experiences that one race or ethnicity is more beautiful than another.

The Natural Hair Movement has been a response to this “need.” Participants believe shaving their head from the straight, unnaturally altered hair to make room for a new head of natural afro-textured curls does not only free a woman of hours wasted conforming to societal stigmas, but sends a strong message to all other women who are still doing it.

The movement fights against greater societal issues surrounding the black community. The unspoken rules of black hair being considered “less” because black people are “less,” fuels the $9 billion hair industry that teaches black girls to hate their appearance. The idea that a black woman is more attractive and more respected if she chemically alters, and potentially damages her hair should not be putting money in the pockets of hair product companies.

The Natural Hair Movement is also a movement against chemical damage to a woman’s hair. The active ingredient in relaxer is sodium hydroxide, which is so potent that it can burn a woman’s hair off and forever damage her scalp. Many women who have had their scalps damaged by chemicals are forced to wear a wig for the rest of their lives.

The chemical damage, however, is less important than ending oppression against black women. This became apparent when white women began participating and advocating the movement for themselves to end the use of damaging products. The Natural Hair Movement became a movement for women to learn alternate, natural ways to style their hair that would not lead to long-term damage. While some argued this was acceptable and that the movement could benefit everyone, many were passionately opposed. The point, they said, was not to benefit one’s hair, it was to benefit the livelihoods and social standings of black women.

And it’s true: something as simple as these women shaving their heads, throwing out their hair products and starting over again has sent a powerful message. The Natural Hair Movement’s focus is to end the societal pressure on black women to repress their natural beauty and suffer through the process of changing themselves.