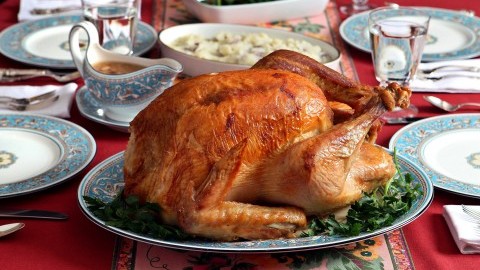 For many students at the University of Massachusetts, Thanksgiving is a time for a break from classes and heading home for a long weekend. But international students on campus have to seek out other alternatives.

Choksi is a junior economics major who hails from Mumbai, India. He is one of the 345 international students at the University, according to Undergraduate Admissions.

Choksi, who is friends with other international students, says that many of them do not get to see their families during the holiday break. Choksi considers himself lucky to have family in the New England area. Every year he ends up in a different place, whether it be with friends in Boston or family in Connecticut.

Of the 14,000 students that live on campus at the University, most will go home this week for Thanksgiving break. According to UMass’ website, school-sanctioned housing will close Wednesday at 6 p.m., just like it does every November.

“It’s easier now that I live off campus,” Choksi said. He added that not being restricted by the 6 p.m. departure time is beneficial because he can avoid the $150 dollar fine students who don’t check out of their room on time incur.

According to Undergraduate Admissions, 50 countries are represented by the international student population at UMass. For those who do not return to their home countries or have friends nearby, the University does offer a Thanksgiving Day feast.

The International Programs Office at the University encouraged families in Amherst to host a Thanksgiving dinner for international students.

“Far away from home, these students really appreciate a taste of American home life during the Thanksgiving holiday,” international student advisor Richard Yam said in a press re-lease.

The Thanksgiving dinner this year will be served at Blue Wall on Thursday. According to
Ken Toong, executive director of Auxiliary Enterprises, this is the third year that Dining Services has served Thanksgiving dinner. They served 150 people last year.

“We have a very nice menu including local, free-range turkeys with all the trimmings along with local sweet and red potatoes,” he said.

According to the weekly dining schedule on the UMass Dining website, no dining halls will be open until Sunday. The only eatery left open by the University on Friday and Saturday will be Harvest, located in the campus center across from Blue Wall.

In addition to finding plans every year for Thanksgiving, Choksi said one downside of being an international student is missing holidays in his own country. The University, for exam-ple, does not give days off for the New Year in India.

“New Years was two weeks ago,” Choksi said. He mentioned that had he been home he would have gotten together with his entire family.

But for many international students, being at UMass during the holiday season provides them with the opportunity to experience a traditional, American holiday.

“Thanksgiving meant nothing to me, I just knew that it was a holiday,” Choksi said, adding Thanksgiving was relatively foreign to him before he was a student in the United States.

Patrick MacCormack can be reached at [email protected]