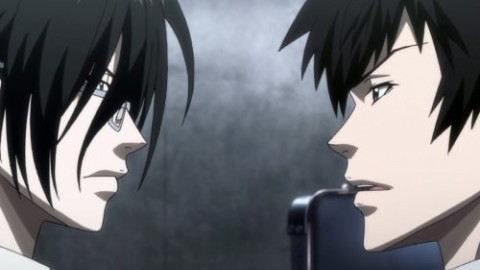 For many of my fellow political science majors, theories can be daunting and confusing. They often seem to have no real-world application, with only a collection of dense and verbose books to guide your understanding of the material. Fear not, my fellow students, I believe I have an answer for all of us: watch more anime, and behold the wonder of fictional dystopian universes. If a philosopher has lamented on it, there is a real chance there is a group of writers in Japan who has done the same and gone through the trouble of animating it. Here’s a crash course on anime that tackle political theories succinctly and intelligibly.

If you’re taking a course on power or surveillance, and need to understand the theories behind it, look no further than “Psycho-Pass.” Set in Japan in the far-off future, “Psycho-Pass” is an automated world where everything from medical care and schooling to your mental health is constantly monitored and assigned based on mind-scans. Everyone can become a “latent criminal” if a scan deems them mentally unstable, and a bad enough crime coefficient (a number that represents the likelihood of committing a crime) will result in execution. Because the show follows police, the viewer gets to see all the abuses and flaws in such a system. With tranquility valued above all else, the denizens of “Psycho-Pass” are often subject to punishment regardless of whether they are a perpetrator of a crime or a victim. Next time a professor uses Foucault as reference material, his conception of surveillance and the panopticon can be seen through gritty noir animation and a great plot. Max Weber and Hannah Arrendt are also theorists who feature heavily in the show’s logic. After all, the only reason this dystopia can exist is because of a society full of bureaucrats whose biggest crime is refusing to speak out. For context, Weber and Arrendt attempted to deal with the ability of human beings to commit heinous acts under the authority of others.

“Fullmetal Alchemist” and “Code Geass” are also great examples of writers turning political theories into intricate and exciting programming. Both are set in universes where the strong dominate the weak. “Fullmetal” is ruled by powerful scientists who are able to manipulate the elements. As another show that deals with bureaucracy and military hierarchy, “Fullmetal” constantly forces the viewer to question the human condition and the reasons we make decisions. “Code Geass” is less mystical, in that there is no magic. In that world, England maintains a Hobbesian ideology and an absolute monarchy, and has turned most of the world into a massive nation called Brittania. The tyranical and nearly unstoppable enemies make for great action sequences, but the philosophical and political implications of the shows make them unique.

Revolution and its implications are discussed at length as characters are forced into the dog-eat-dog world of their enemies in order to defeat them. Colonization and domination are also covered with great nuance. Often it is difficult to understand why oppressed peoples do not rise up, and theorists like John Gaventa and James Scott have written extensively on why this is. However, if reading these works sounds like it would be easier with superpowers involved, it is very possible that anime is for you. There are countless characters that choose to revolt passively for the sake of their families, and more still that have acquired a kind of Stockholm syndrome for their oppressors. Because the conflicts in these shows are tied to conspiracies with massive implications, the philosophical aspects only improve the viewing experience. You will truly hate the emperor of Brittania, whose only sympathies lie with the strongest in battle, but his worldview is fleshed out in the show through myriad scenarios and over time the logic behind it reveals itself. While this isn’t quite a replacement for reading actual political theories, it certainly does have an effect on the way you may view a text. For 20 minutes an episode, I would call that well worth it.

Julian del Prado is a Collegian columnist. He can be reached at [email protected]