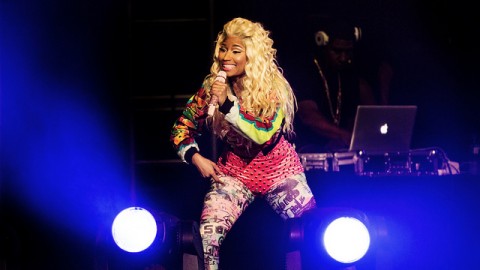 Inspired by the genius of Jay-Z’s 2001 album, “The Blueprint,” Nicki Minaj has paid deserved homage with her own masterpiece, “The Pinkprint,’ released on Dec. 12. On “The Pinkprint,” Minaj lays to rest her alter egos Roman and Barbie, leaving only what Manaj’s die-hard fans affectionately call, “mixtape Nicki.” Some may say she never left, some may say she went soft in her past work. But, if there is anything to be said for Minaj as of now, it is that she is possibly the best rapper alive at the moment.

Every year a hip-hop great seems to be crowned, either by himself or others, as the greatest of their time. For decades, various men have held the fictitious title- including Lil’ Wayne, Drake, Kanye West, Jay-Z and many others. But in 2014, it was Minaj who took her own turn at the top. Her non-album single, “Lookin Ass,” and her appearance on a remix of the Beyoncé track, “Flawless,” placed her in the upper echelon of hip-hop, months before “The Pinkprint” would even hit the airwaves.

“The Pinkprint” delivered in a way no other rap album did in 2014. It marks Minaj as the only relevant female rapper at the moment, or rapper at all, for that matter. The album’s 22 tracks take the listener on an emotional journey from experiencing the destruction of her decade-long relationship to shutting down various rumors surrounding her and label-mates like Drake and Lil’ Wayne.

In 2014, Minaj proved not only that she was one hip-hop’s biggest starts, but that she  has the staying power of one of the greats, if not the greatest. Minaj recently broke Michael Jackson’s record of 50 songs on the Billboard Top 100, with “Anaconda” being Minja’s 51st appearance. Due to her specialty of guest spots, Minaj accomplished this feat in only four years.

And, when it comes to guest spots, Minaj has made it clear that no one does it better. Considered by some rap critics as possibly the greatest verse of all time, Minaj’s spot on Kanye West’s “Monster” proved she had what it takes to roll with hip-hop’s elite boys club before dropping her first album. Holding her own with the likes of West, Jay-Z, and Rick Ross, Minaj spat fire on the track, and has not let up since. Her undeniable presence on featured tracks has kept listeners consistently amazed and enthralled.

Once Beyoncé crowned her worthy of a “Flawless” remix, Minaj was fire for the rest of the year. Blessing the masses with her radio-friendly hits “Anaconda,” “Pills and Potions” and “Bed of Lies,” critics wondered if the hardcore rap of her past was behind her.

But, “Mixtape Nicki” comes out hitting hard on tracks like “Only,” “Four Door Aventador,” “Shanghai” and “Want Some More.” Whether she is raving about her own talent, her skills in the bedroom, family and relationship woes or the stresses of fame, Minaj manages to appear in control of every bar, word, and rhyme on the album.

Minaj and I have had a complicated relationship in the past, my issue being the shrill voice alterations on her tracks, courtesy of her alter egos. On “The Pinkprint” though, Minaj trades in these characters for low-measured flows mixed with sung hooks by powerhouses Ariana Grande on “Get on Your Knees” and Beyoncé on “Feelin’ Myself.” The improvements Minaj has made over the years to her singing voice are obvious, while on the other side she continues to push her rap abilities.

Minaj is the best rapper alive because she is constantly dismembering the pop/rap binary. On “The Pinkprint”’s opening track “All Things Go,” she firmly announces “this is the pinkprint,” Minaj refuses to let anyone else categorize her, telling her audience clearly that she is in charge of her music and her defining sound.

2015 will almost certainly continue Minaj’s rise, as both her and her Young Money label-mates continue to dominate the charts. A woman at the top of what has long been a man’s world is just what the hip hop and music community as a whole needs to keep both momentum and creativity flowing. If anything can be gathered from “The Pinkprint,” it is that Nicki Minaj is out for the blood of anyone who steps in the way of her rise.