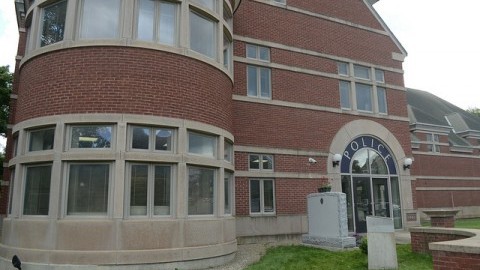 2:46 p.m.: A male party reported that when he went to retrieve his vehicle from Ernie’s Towing, he noticed damages that were not there before the company handled his car. The male party was not aware he had parked in a tow zone. Ernie’s Towing stated that an insurance claim must be filed.

4:21 p.m.: A woman reported a hit-and-run at 175 University Drive. An elderly white male rear-ended her vehicle and failed to pull over. The license plate was traced to a local man and when police followed up, a family member stated the driver was suffering from mental problems related to dementia.

8:54 p.m.: A male reported his bike stolen from 55 Mill Hollow Apartments. The bicycle was chained to a gas pump on the side of the residence. The reporting party later discovered the bike was not stolen but removed by the landlord due to bike-docking policies.

9:03 p.m.: A couple had a verbal dispute near 111 Main St. The female partner exited the couple’s car yelling for the male to leave her alone and to never contact her again. The male party reported to police, asking for assistance and informed them they were enrolled in counseling.

10:32 p.m.: A fight was reported in front of 51 Phillips St. by a neighboring resident. Both described parties were gone upon police arrival.

11:17 p.m.: A man reported two males trespassing on his property at 19 Allen St. When the two males were confronted by the property owner, they flipped him off and began to urinate on the vehicles near the property. When officers arrived, one male was still urinating and was issued a warning.

12:25 a.m.: Jesse Korzen, 21, of New York and Griffin Veldran, 20, of Hingham were arrested for unlawful noise at 15 Salem Place. Police responded to a noise complaint at the residence and spent 20 minutes clearing out more than 150 guests.

12:51 p.m.: A woman reported a road rage incident near 27 Pelham Road. The woman stopped in the road when she observed an idle car jutting into the roadway that she believed was broken down. The driver behind her pulled alongside her vehicle and proceeded to swear and threaten her for slowing traffic.

12:36 a.m.: An underage male was issued a liquor law violation for being a minor in possession and having an open container near Fearing Street. The male threw a can of Bud Light when he noticed the officer in an attempt to conceal the beer.

9:43 p.m.: Police answered a call at Ruxton Storage at 531 Pulpit Hill Road to reports that a group of teenagers were laughing and throwing rocks at the town equipment. Police warned any offenders on the ground through their PA system to leave the premise. A young male appeared, claiming to be a part of an acting group with permission to be on the grounds. Police ordered the group to leave.

10:46 p.m.: Police were called to 215 Sunset Ave. by a neighbor who reported hearing loud screams and banging. Police discovered that the husband and wife were yelling and banging about while they attempted to kill a rodent in the attic.

3:30 a.m.: A fight was reported at 345 N Pleasant St. When police arrived, one party fled and the second was observed lying on the ground.