Writers respond to State of the Union address 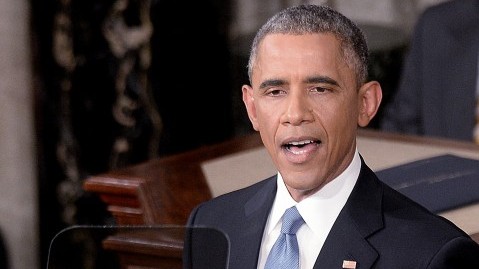 A tale of two speeches

Speaking to a Republican-controlled Congress for the first time since he took office, President Barack Obama emboldened millions of Americans and showed us how the country’s future must be re-written. In essence, Obama gave two speeches, each of which tells the fate of two separate unions. The first one focused on a nation of healers and how our worst days are behind us. And rightfully so. With over 240,000 private sector jobs added per month in 2014, an unemployment of 5.6 percent, the lowest it has been in six years, gas prices nearly $2 a gallon and the highest high school and college graduation rates on record, it’s hard to say that we haven’t made any progress or that the country is not on an upswing.

Despite Republican fear mongering and scare tactics deployed during the 2012 election, when they argued that Obama’s reelection would ruin the economy, the economy grew by 5 percent in 2014. However, while the nation may be a tightknit family, Congress is not, and while America is getting better, Congress continues to get worse. Look no further than House Speaker John Boehner, who sat still when Obama mentioned renewed relations with Cuba but choked up when he mentioned Alan Gross – the USAID worker returned in the Cuba deal.

At the end of the day, Obama remained consistent within his rhetoric, stating, “We have picked ourselves up, dusted ourselves off and begun again the work of remaking America.” A line that concluded the speech and showed us that we have made progress. But the work is far from complete.

On Tuesday night, President Obama did what he does best: he gave a speech. The man is a master orator who has the ability to take credit for things he had nothing to do with and shift the blame for his own wrongdoings onto others.

Take for example his ringing endorsement of economic improvements. GDP is up, and unemployment is down, among other things. For the last four years, all we have been hearing about is GOP “obstruction.” Now, after four years of him supposedly not being able to do anything because of those mean Republicans, he takes credit for good economic circumstances. If Republicans have been “obstructing” his agenda this whole time, what exactly did President Obama do to make the economy improve?

When things are bad, the Republicans are stopping him from helping us, but when things are good, you can thank his policies for everything.

Short of major bargains, his call for more economic redistribution in the form of “free” community college (plus more “free” or “affordable” goodies) will fall on deaf ears in the Republican Congress. The GOP understands that the federal government has already become a transfer payment clearinghouse.

Medicare, Medicaid, Social Security and other redistribution programs like the Supplemental Nutrition Assistance Program (SNAP), the Women, Infants and Children Nutrition Program (WIC), unemployment insurance and others already make up a collective majority of the overall budget.

If progressives are angry over growing inequality during the economic recovery, perhaps they should rally against the Federal Reserve, which has used quantitative easing measures to help the stock and bond markets grow. According to ThinkProgress, the top 1 percent of Americans own over 50 percent of all stocks, bonds and mutual funds. That is a key reason why the incomes and net worth of the wealthy have been growing faster than everyone else. Ironically, it’s mostly Republicans who oppose quantitative easing. Obama and Democrats in Congress have been bigger supporters of the program than the GOP.

‘It will take more than words to break partisan gridlock’

President Obama’s State of the Union speech proved to be a rousing and inspired piece of oratory. He covered many topics that affect regular people on a daily basis. He echoed our fears about the future and our unrest regarding various institutions and practices. Obama acknowledged transgender and bisexual persons for the first time in a State of the Union address, lamented the exorbitant cost of child care, reminded the American people that minimum wage is far too low because of inflation and decried the pathetic state of bipartisan dialogue in the U.S.

By the time he mentioned refurbishing national infrastructure, I was all ears and agreeing with his complaints. Alas, my joy was short-lived. The speech was rife with pats on the back, with Obama describing his use of force in foreign policy as “restrained” and humane. With the current state of Libya, and constant civilian casualties because of drones, that’s an overstatement.

Obama covered partisanship in a way I can only describe as ironic. He laughed while describing the views of his opposition, and used gains in the economy made during his presidency to make their complaints seem unfounded. By doing so, he engaged in the same kind of “gotcha moment” that he was complaining about.

For someone so proud of his anti-war agenda, Obama was more than happy to promise, on behalf of all of us, that he would “unilaterally stamp out” terrorism wherever it is in the world. Republicans and their constituents will feel more spurned than ever, despite their majority in Congress, and Obama is still more concerned with being right than with debating the opposition. By turning the speech into an “I told you so” moment, Obama embittered the opposition further, and moved the country away from compromise. As edgy as “America Leads” appears, it will take more than words to break partisan gridlock.