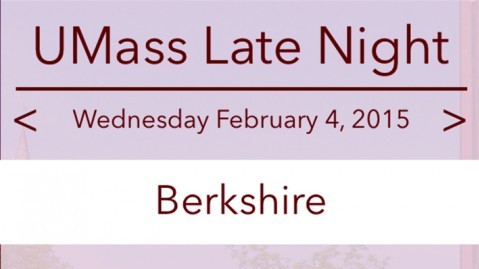 The Late Night menu for Berkshire and Worcester Dining Commons is now just a click away, thanks to a free iPhone app created by a freshman at the University of Massachusetts.

“Developing iOS applications was always something I was interested in and always planned to look further into … I just needed some idea, something I could make, that people would find useful,” said the creator, Andrew Bass.

Launched in December 2014, the UMass Late Night app has been downloaded more than 1,000 times. It had a major spike in downloads – growing from about 40 each day to nearly 200 at its peak – after it was posted on the Late Night at Berk Facebook page by the Berkshire Manager Ryan Pipczynski on Jan. 20.

“Obviously it kind of came as a surprise to me,” Pipczynski said regarding Bass’ work. “He certainly took

the initiative on his own which was really nice of him, and the minute I found out about it I contacted him … he’s a really good kid and I’m glad he made it.”

Bass said he was “generously compensated” by Berkshire, despite not having any intentions of getting paid for the app, which is not affiliated with UMass or UMass Dining. He would not reveal what exactly his reward was, but did say it included 500 chocolate bars.

“I saw that they mentioned the app on Facebook, which was surprising because I wasn’t sure what they would think of it, if they would like it, or if they would get angry. The fact that they found it within a day of the semester starting and posted about it was really great,” he said.

Bass is considering expanding the app’s interface, which currently displays the Late Night options available every night for both dining halls, by including an alert system that will notify users the next time their favorite food is available.

He also hopes to release an Android version of the app within the month, after receiving multiple requests from students on the mobile app, Yik Yak.

Although Bass has never developed an app before, he did have some coding experience from a summer internship with MITRE Corporation in Bedford in 2014. The 18-year-old Chelmsford native is an electrical and computer engineering major who recently got a position as an iOS Developer with the UMass Department of Environmental Conservation.

Rebecca Bates, John Fouad, Justin Kennedy and Neal Merkl, also UMass freshmen, helped Bass think of the app’s concept and figure out how to best implement it, though Bass did the coding and developing himself. From start to finish, the creation took about a month.

“This is the first time I’ve ever done anything like this, and it seems like people are taking very well to it,” he said. “It’s still growing, which is really exciting.”

Now that he’s made the Late Night menu more accessible to UMass students, Bass wants to do the same for Wi-Fi. He would like his next app to display where the Wi-Fi is and isn’t working on campus, specifically the school’s Eduroam network.

“One thing I’ve heard from students, including myself, is that they’ve had issues connecting to the Wi-Fi network … I’m looking to create something specifically for UMass to help college students in that way,” he said.

The app would use crowdsourced data from students’ phones, showing on a map where people have successfully connected to the network and where it is down. Bass has yet to determine if students will find the app useful, but plans to develop it in the near future.

Colby Sears can be reached at [email protected]