Obama fails to mention military in long-awaited remarks on extremism 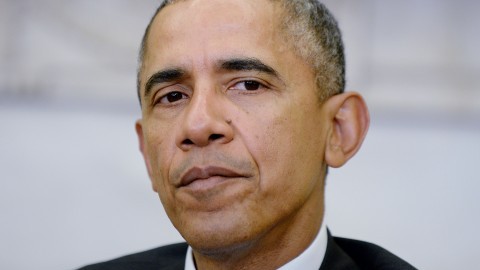 Speaking at the White House Thursday, President Obama made some long-awaited remarks on the state of violent extremism in the world and the role of the United States in potential solutions for violent extremism. Since the Charlie Hebdo shooting on Jan. 7, Obama has been on the receiving end of a wide range of criticisms. In many ways he took the White House’s Summit on Countering Violent Extremism as an opportunity to address these criticisms en masse.

However, Obama, in an uncharacteristic move, refrained from naming critics and criticisms directly, and instead laid out the priorities of the nation regarding counterterrorism in a rather succinct way. Unfortunately, the remarks underplayed many, if not all, failures made by the United States in the realm of counterterrorism. While it is hardly uncommon for a president to downplay their own shortcomings, the world presented by Obama acknowledges that the West and the Middle East have a “complicated history” without mentioning very recent abuses of the Middle East under George W. Bush and Obama himself. This seems rather counter-productive when many of the Muslim scholars and clerics, who Obama believes, “have a responsibility to push back … (against) the lie that we are somehow engaged in a clash of civilizations.”

The priorities and policies which were laid out by Obama are a solid foundation upon which to create future international counterterror policy. This may be because nearly every sentiment expressed by Obama was very general and easy to agree with. For example, a “digital communications hub (meant to) counter ISIL’s propaganda and recruitment efforts” in conjunction with the United Arab Emirates is hard to disagree with.

Similarly, when Obama  said religious leaders within Muslim communities targeted by extremist recruiters are obligated to “push back,” he was not presenting new information. It is doubtful that anyone will protest the existence of a new Countering Violent Extremism coordinator at the Department of Homeland Security.

Nevertheless, these remarks were valuable because they prioritize the recruitment of terrorists within communities over the viability of military against terrorism. Portraying violent extremists as “desperate for legitimacy,” and saying that “the notion that the West is at war with Islam is an ugly lie” keeps the War on Terror in perspective. Continued awareness of this fundamental weakness, which many extremist groups share, is integral to fighting a war against insurgency itself.

Even though the president’s priorities for fighting international terrorism are sound in their logic, Obama’s choice not to mention the military at all is somewhat confusing. Obama rejects the idea that the U.S. is “the cause of every ill in the Middle East,” something which has been a long time coming in my opinion. However, while he acknowledges that there is a “terrorist narrative,” he does not mention the role of the U.S. military in the narrative that is Middle Eastern history. In effect he calls for Muslim scholars and clerics to take responsibility for extremism in their communities without addressing grievances those scholars have with the West or the U.S.

It is true that Obama said that “none of us … should be immune from criticism in terms of specific policies,” but this is not sufficient. The wars in Iraq and Afghanistan, the destruction of Muammar Gaddafi’s government in Libya, and the Syrian civil war all reflect how the U.S. has concrete effects on every day life in the Middle East. Some of this is because of diplomacy, but interactions between Americans and communities vulnerable to extremism largely occur between the military and these communities.

This is why the U.S. needs a place in the narrative against violent extremism. After all, the task of these clerics and scholars is to create a narrative to counter the “terrorist narrative,” at least according to Obama. Do American soldiers have a place in that narrative? Hopefully the creation of additional offices in Homeland Security and our social media efforts with the UAE will provide an answer.